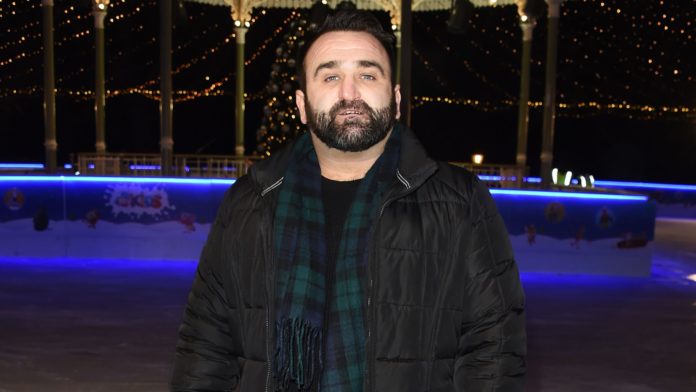 A former X Factor star has been jailed for nine years after being found guilty of grooming teenage boys and inducing them to send him indecent pictures.

Danny Tetley admitted seven charges of causing sexual exploitation of boys aged between 14 and 16, as well as two counts relating to the distribution of indecent images.

His jail term forms part of a 17-year extended sentence, meaning he will be closely monitored for eight years following his release.

The 39-year-old from Bradford was branded “a despicable creature” by the judge, who said he had “very few redeeming features”.

The prosecution said his victims had been offered hundreds of pounds to send sexualised pictures and videos of themselves.

They also said he had offered to lend one boy a car, and passed on pictures of members of The X Factor cast.

Tetley reached the semi-finals of The X Factor in 2018, finishing sixth, and went on to appear in two episodes of Benidorm.

He had first appeared on TV when he tried out for Pop Idol in 2001.

The prosecution put it to the court that he had used this celebrity status as “part of the grooming process”.

The court was told Tetley, who was described by his defence team as “penniless” at the time of his arrest, had “spent likely many thousands of pounds” on persuading the boys over a “period of months”.

His offending came to light after the father of one of the boys became concerned over the amount of money his son had, and looked through his phone.

Tetley sat in the dock with his arms folded and his head bowed for much of the sentencing hearing.

The judge said there was significant interest in the sentencing “because of the extent of the depravity displayed in this case, including a number of young victims, but also your celebrity status, now gone, tarnished and destroyed”.

He went on to say the offending was “blatant and disgusting”, adding: “The level to which you sank, Mr Tetley, was unbelievable.”

His defence team claimed Tetley was bullied as a child due to his cleft palate and for being gay.

They said Tetley’s offending was due to “fame he could not cope with”.

A spokesperson for the NSPCC said: “Tetley’s use of his TV appearances and promises of money in the thousands of messages he sent these boys are an example of the depraved lengths that predators will go to in their pursuit of victims.”