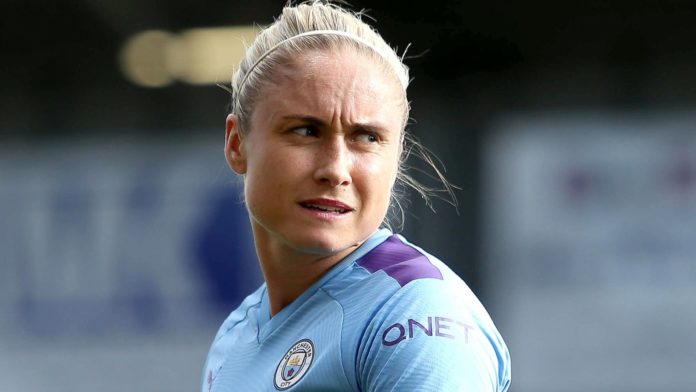 The 31-year-old is now committed to the Women’s Super League side until the end of the 2021/22 season.

After signing her new deal, Houghton said: “I’m really delighted. I’ve been here for six years and I’ve been made to feel at home – this is my club and I’ve enjoyed so many amazing memories here so far.

“Both on and off the pitch, the club has developed me as a player and a person, having the people we have around us, the unbelievable facilities and stadium.

“It’s a special place for me and my family live in Manchester now. It was a pretty easy decision. My only thought was to have my future here for the next few years and I’m really happy.”

City’s head of women’s football Gavin Makel added: “We are thrilled that Steph has committed her future to Manchester City.

“She has been an integral member of not only the team, but the club as a whole since our reformation six years ago and her efforts go well beyond her performances on the pitch.

“Her leadership skills are second to none and she never fails to amaze everybody here at Manchester City with her passion, drive and hunger to improve.”

Houghton has played 160 times for City since signing from Arsenal in 2014.

In that time, she has helped them to three League Cups, two FA Cups and a league title.