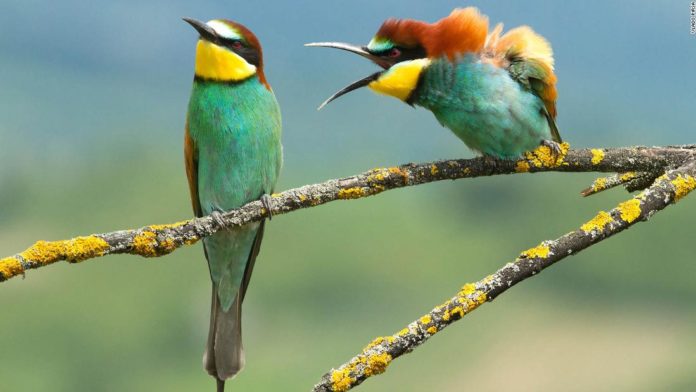 (CNN) — There are some joke tellers that only a few people find funny, but a true comedy genius will have the whole world laughing.

From lion cubs making wince-inducing pounces on the nether regions of bigger cats to birds ruffling the feathers of their partners for reasons we can only imagine, these images prove that animals are a boundless source of humor.

“Every year we do this competition, it gets more and more exciting seeing how people visualize the funny sides of wildlife in the wild,” says Paul Joynson-Hicks, a British photographer who co-founded the awards.

“And each year we see a wider variety of of species doing funny things, whether it’s a very naughty penguin (which had my kids rolling around the floor in hysterics) or dancing lions, a chillin’ chimp or even bee-eaters having a shouting match — they’re hysterical.”

There’s a serious side to the awards. They’re also about encouraging folks to support wildlife conservation at home and on their travels by shopping responsibly and avoiding products whose production harms animal habitats, restricting water use and becoming a “wildlife influencer” who cares for the environment.

The results of the contest, organized in partnership with international wildlife charity Born Free Foundation, are due to be announced on November 13, with the winner getting a one-week safari in Kenya’s Masai Mara.

Click through the gallery accompanying this story for a selection of the finalists.