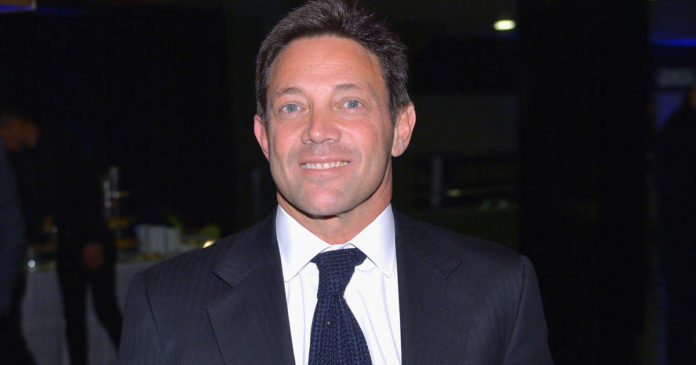 Jordan Belfort, the former New York stockbroker who was portrayed by Leonardo DiCaprio in “The Wolf of Wall Street,” is now suing the makers of the film. In a suit filed in Los Angeles Superior Court, Belfort claims Red Granite Productions lied about being “legitimately funded” when they acquired the rights to his story. He now wants $300 million from them.

Belfort’s lawsuit points to the production company’s co-founder, Riza Aziz, who was arrested on suspicion of money laundering last year, BBC News reports. Beflort claims Aziz “concealed these criminal acts and funding sources from him” and that he was “blindsided” over the true source of the company’s funding.

Aziz is the stepson of former Malaysian Prime Minister Najib Razak, who is accused of taking money from 1MDB, a state-run company he created which funded “Wolf of Wall Street.”

Fund officials diverted more than $3.5 billion through a web of shell companies and bank accounts in Singapore, Switzerland, Luxembourg and the United States, U.S prosecutors alleged in 2016. The money was used to pay for luxury properties in New York and California, a $35 million jet, art by Vincent Van Gogh and Claude Monet, and helped finance “The Wolf of Wall Street,” according to the Department of Justice complaints.

The Oscar-nominated film was based on Belfort’s book. In it, Belfort describes his wild rise as a young New York stockbroker in the late 1980s, and his subsequent fall through a haze of drugs, women, corruption and fraud.

“Wolf of Wall Street” was Martin Scorsese’s most popular film to date, and now Belfort wants the same amount the movie made at the box office — $300 million.

In a statement obtained by the BBC, Red Granite’s lawyer, Matthew Schwartz, said: “Jordan Belfort’s lawsuit is nothing more than a desperate and supremely ironic attempt to get out from under an agreement that for the first time in his life made him rich and famous through lawful and legitimate means.”

Belfort has had past gripes with the 2013 film, for which DiCaprio earned Golden Globe and Oscar nominations.

In 2014, Belfort spoke to “Entertainment Tonight” about DiCaprio’s portrayal of his life in the film, saying he watched it with mixed emotions.

“I wish he played me as if I was Jonas Salk and that was the character that  had done wonderful things, so it’s sort of bittersweet,” he said. “A little bit because many of the things that the character did — I always say the character because it wasn’t all me — some of it was fictionalized but a lot of the actions that are real, what I did do, I’m not proud of.”