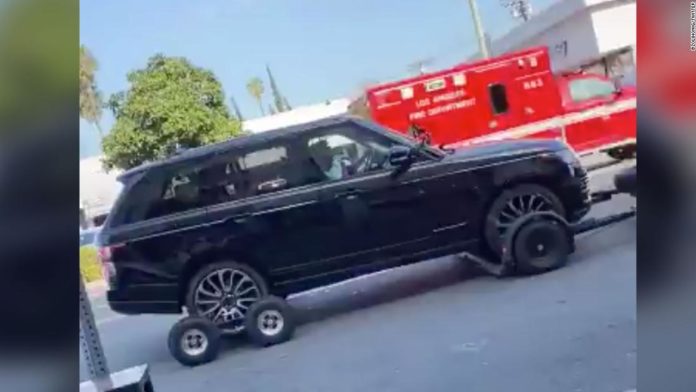 Fans were shocked after a Twitter user shared a video that shows James Corden’s Range Rover being towed while filming Carpool Karaoke, a popular segment for The Late Late Show with James Corden.
The recurring segment of the Los Angeles-based late night show typically shows Corden driving with a musical guest while he commutes to work, as they perform their hit songs alongside him.
Artists from Cardi B to Billie Eilish have performed in his car, while Kanye West sang in a special edition of ‘Airpool Karaoke.’
But it appears the whole production — or at least a recent one — was just a bit of movie magic.
“Saw James corden and Justin Bieber filming carpool karaoke and this is why I have trust issues — he isn’t even driving!” Twitter user Zolihonig disclosed on Wednesday.
The video has been viewed over 12 million times, and fans have mixed reactions.
“MY WHOLE LIFE HAS BEEN A LIE,” one fan tweeted in all caps.
While other fans vouched for Corden.
“Y’all when I saw One Direction filming Carpool Karaoke James was actually driving,” a fan tweeted.
The Late Late Show’s executive producer Ben Winston responded to the frenzy in a tweet on Thursday to clarify.
“We only use a rig when we are doing a “stunt” as part of the Carpool – when it would be impossible for James to drive! This has occurred only maybe 4 times in 50 or so carpools… Safety is key!” Winston tweeted.
And Corden joined in the fun with a photo he posted on twitter of him and Samuel L. Jackson on set of a skit where Corden drives a fake car. “Guys, we don’t even use a real car,” he tweeted.
But now that the producer himself clarified, you can sleep happily knowing the show lives up to its name. Most of the time.