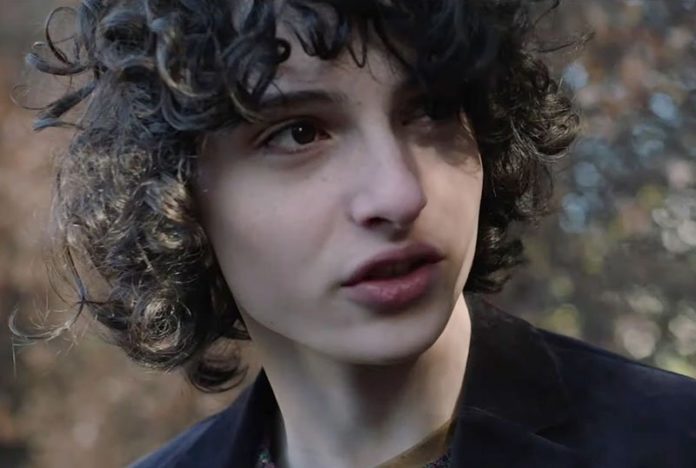 Exclusive: Finn Wolfhard on contributing music to The Turning

Coming Soon.net recently talked to The Turning star Finn Wolfhard (Stranger Things) about the horror film and he confirmed his band The Aubreys will be featured on the horror film’s soundtrack. The latest adaptation of Henry James’ novel The Turning of the Screw, is a moody and evocative ’90’s set film with original music for the feature, which is now playing in theaters.

RELATED: Watch the Children with Care in The Turning Trailer

“We didn’t really know that we were doing it until a few months before the movie was going to come out,” Wolfhard shared, “We had a really fun time doing it as a quick thing. We had a lot of fun doing it.”

On the 90’s inspiration behind the Aubreys track, the star said: “We did a lot of grunge-like Mudhoney and Nirvana. And also there’s a guy–Jay Reatard, we listen to a lot of his band.”

Listen to “Getting Better (otherwise)” by The Aubreys here!

“We recorded and wrote a song with them,” said producer Lawrence Rothman, “All the songs on the soundtrack are original music for the film. We were inspired by classic 90’s soundtracks like Twin Peaks and Lost Highway. We wanted the music to be original to just the film.”

Director Floria Sigismondi added, “We really created our version of the ’90s and did it from scratch, It’s just the subtle things, well put together that create a world. I wanted to put a fresh take on the novel. Really owning the atmosphere and creating that from scratch.”

Based on Henry James’s famous novella The Turn of the Screw (a source of several movie adaptations, including The Innocents), the story revolves around a young woman (Mackenzie Davis) who becomes the nanny of two orphans who live in a haunted country mansion. The movie stars Mackenzie Davis (Terminator: Dark Fate), Finn Wolfhard (Stranger Things), and Brooklynn Prince (The Florida Project).

If this film sounds familiar, that’s because it was intended to be shot in 2017 on a $17 million dollar budget as Haunted under director Juan Carlos Fresnadillo (28 Weeks Later, Intruders) for DreamWorks Pictures, and set to star Rose Leslie (Game of Thrones) and Alfre Woodard (Captain America: Civil War). Based on a script by Chad and Carey Hayes (The Conjuring), Haunted went through a page-one rewrite by Scott Z. Burns (The Bourne Ultimatum, Side Effects) that caused such seismic changes in the fabric of the story (altering characters, action, even the title) that it no longer resembled the project the studio signed on to make. In September of 2016, five weeks before shooting, producer Steven Spielberg personally pulled the plug on the project. Spielberg and other execs decided the best course of action was to fire Fresnadillo and Burns, going back to the original Hayes Brothers’ script looking to start fresh on development, despite $5 million having already been spent.

This new version of Haunted, now titled The Turning, is directed by Floria Sigismondi, who helmed 2010’s Joan Jett biopic The Runaways as well as episodes of Hemlock Grove, Daredevil and American Gods. The film is written by Carey and Chad Hayes. Scott Bernstein (Straight Outta Compton) and Roy Lee (IT) produce.