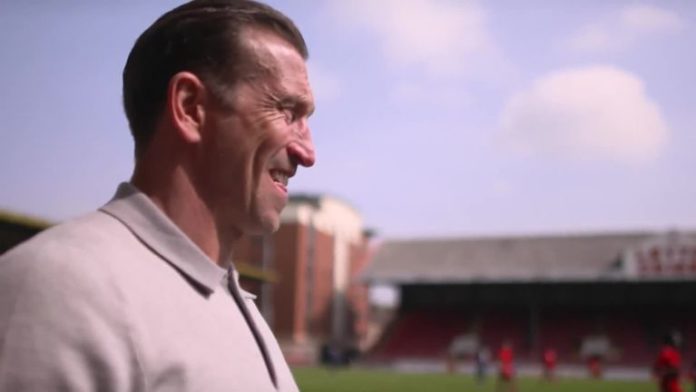 Leyton Orient are to rename their West Stand the Justin Edinburgh Stand in a tribute to their late former head coach.

Edinburgh died last June at the age of 49, weeks after leading Orient to the National League title and back into the Football League.

The renaming of the stand at The Breyer Group Stadium will be officially marked by his wife Kerri, and his children Charlie and Cydnie in the build-up to kick-off against Newport County, who Justin also managed to promotion in 2013.

Charlie told Sky Sports News the unveiling of the stand in honour of his father is an occasion everyone close to his family will cherish forever.

“It’s amazing news and something that for us as a family means the absolute world,” he said.

“It’s going to be a long-lasting [tribute to my dad] at a club that meant so much to him, and to us, as a family.

“We are absolutely beaming with pride and I know that he is going to be looking down with a grin, ear-to-ear, no doubt.

“The outpouring (of emotion) since dad’s passing in June – there has not really been one bad word said about him.

“And to see two of his former club’s come together for this unveiling of a stand in his name is something I’m going to treasure – and the family and our friends will treasure – for the rest of our lives,”