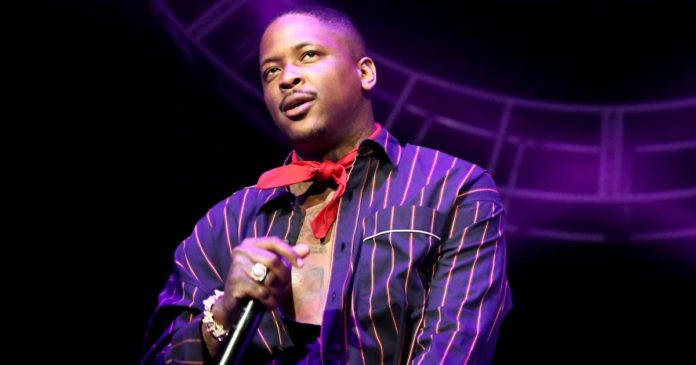 Rapper YG was arrested Friday morning on robbery charges at his home in Los Angeles. The county sheriff’s department did not provide any details on the criminal allegations, CBS L.A. reported.

The 29-year-old rapper, whose real name is Keenon Jackson, was taken into custody when sheriff’s deputies served a search warrant at his home around 4 a.m. in the city’s Chatsworth neighborhood.

The rapper is scheduled to perform at a tribute for slain rapper Nipsey Hussle in Sunday’s Grammy Awards Ceremony at Staples Center. It’s unclear if he’ll be released from jail in time.

Back on the night of July 3, 2019, a Cadillac Escalade registered to YG was involved in a deadly gun battle and pursuit with L.A. County Sheriff’s deputies which wound its way from Compton to Inglewood. An innocent 65-year-old man was struck and killed by the crossfire on a Compton street during the running gunfight. It’s unclear if he was killed by gunfire from the suspects or the deputies.

One suspect was captured but another is believed to have escaped. YG has claimed he was not involved in the chase, stating he was in a Hollywood recording studio at the time.

A few weeks later, on July 18, deputies raided a Hollywood Hills home being leased by YG. One person was arrested and several people more detained. YG was not home at the time.

YG is currently being held at the downtown L.A. Men’s Central Jail on $250,000 bail. He is scheduled to be arraigned Tuesday.