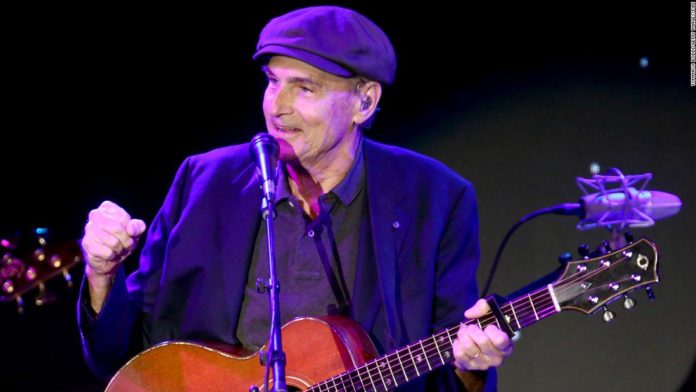 “American Standard” is due out February 28.
“I’ve always had songs that I grew up with that I remember really well that were part of the family record collection,” Taylor said in Thursday’s video announcement. “And then I basically had a sort of a sense of how to approach, so it was natural for us to sort of put this project together, ‘American Standard.'”
The first single off the new record is “Teach Me Tonight,” a jazz classic by Gene De Paul and Sammy Chan that’s been done in the past by Dinah Washington, Frank Sinatra and Jo Stafford.
“I know most of these songs from the original cast recordings of the famous Rodgers and Hammerstein Broadway musicals that a lot of them came from,” he said, adding he’s “interested in doing something new” and that he’s “reinterpreted the songs.”
The 71-year-old “Fire and Rain” singer said his Laurel Canyon contemporary Jackson Browne would join him for 26 dates on his tour, which begins May 15.
Tickets to those shows will include either a CD or digital download of “American Standard,” according to Taylor’s website.
Taylor’s last release of new music was “Before This World” in 2015.