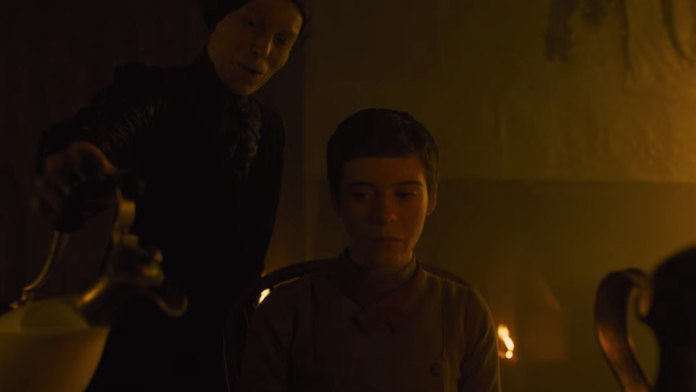 Orion Pictures has released a new featurette for director Osgood Perkins’ upcoming horror film Gretel & Hansel which is a new reimagining of the classic fairy tale. The video features interviews by Perkins along with the main cast as they talked about how witchcraft plays an important part in the film. Starring Sophia Lillis and Alice Krige, you can check out the video in the player below!

RELATED: Netflix’s I Am Not Okay With This: First-Look Photos and Premiere Date Revealed!

Another twist on the classic Brothers Grimm tale, Gretel & Hansel is set a long time ago in a distant fairytale countryside and will tell the tale of a young girl who leads her little brother into a dark wood in desperate search of food and work, only to stumble upon a nexus of terrifying evil.

The film is written by Rob Hayes (Chewing Gum) and will be directed by Osgood Perkins, who is most known for writing and directing horror films The Blackcoat’s Daughter starring Emma Roberts and Kiernan Shipka and I Am the Pretty Thing that Lives in the House starring Ruth Wilson.

Gretel & Hansel follows its breadcrumbs into theaters on January 31.