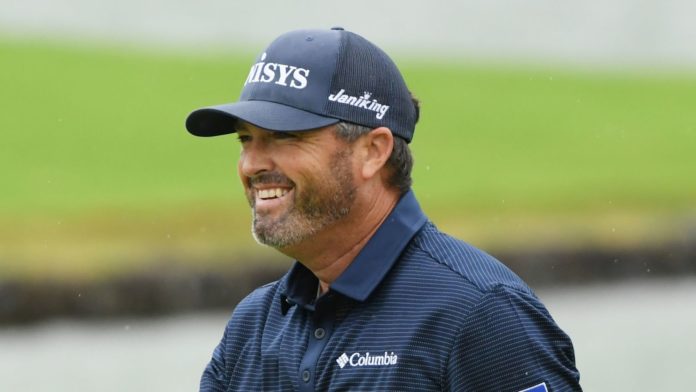 Ryan Palmer powered into the halfway lead as Rory McIlroy and Tiger Woods struggled to stay in contention on day two at the Farmers Insurance Open.

Palmer produced a birdie frenzy on the North Course and threatened to post a new course record until dropping his only shot of the round at the last, but his entertaining 62 was enough to take him to the top of the leaderboard on 10 under and two clear of Brandt Snedeker.

McIlroy was just one off the pace midway through his second round, but a three-putt bogey at the 12th was the first of three blemishes in a disappointing back-nine 39 on the South Course, a 73 dropping him to four under, while Woods did well to get under the card for the day after suffering the indignity of a four-putt double-bogey at the first.

Four birdies in five holes around the turn got Woods back on track, but he bogeyed 12 and 17 before a birdie at the last salvaged a 71 which hauled him alongside McIlroy on four under, while defending champion Justin Rose crashed out after a 70 was two too many to repair the damage of his opening 75.

Tiger Woods made a horror start to his second round as he four-putted from 25 feet on the first green.

Palmer was the star of the show on another beautiful day on the California coast, the American making birdies at five of the first eight holes and adding six further gains on the inward half, although his hopes of a closing birdie for a 60 were dashed by a poor tee shot at the last which led to his lone bogey of the day.

But the veteran American had already done enough to ensure the outright lead in the clubhouse, with two-time champion Brandt Snedeker emerging as his closest challenger after he carded seven birdies against two bogeys in an impressive 67 on the tougher South layout.

“The way I’m driving the ball right now gives a lot of confidence for the weekend,” said the 43-year-old Palmer, a four-time winner on the PGA Tour. “It’s awesome to shoot a low round like that but it’s always tough to follow it up. But it’s exciting and I love where my game is at.”

Jon Rahm, like McIlroy and Woods, also found the back nine on the South a tough prospect after he had reeled off three straight birdies from the sixth, the Spaniard unable to find another gain while making a third bogey of the day at 17 as he limped in with a 71 to close on five under.

McIlroy arrived on Friday morning in good spirits after his high-quality start to 2020, and he made a steady start with six straight pars before vaulting to seven-under with birdies at the seventh and ninth.

But a huge misjudgement on the 12th green proved costly, his 40-foot birdie putt finishing short and left before he missed his five-footer for par, and McIlroy erred again at the 15th when his pulled drive left him with no option but to pitch back out to the fairway.

McIlroy did well to avoid another dropped shot with a superb up and down at 17 when he was forced to take a penalty drop from the shrubbery to the left of the fairway, but he hacked his way down the long last and went from bunker to rough to bunker to more rough, eventually tapping in for a six to slip over par for the round.

Woods stunned the vast gallery following his group on the opening green when his 25-foot putt for birdie slid two feet beyond the hole, his rushed tap-in for par missing the target and he then compounded the error by missing the comeback putt for bogey.

But he steadied himself with a run of pars before four birdies in five holes from the sixth hoisted him back into the hunt for a record-breaking 83rd PGA Tour title, although he also faltered down the stretch with mistakes at 12 and 17 before clawing one back with a neat up-and-down for birdie at the last.

Rickie Fowler was another high-profile casualty as his 69 on the North merely lifted him back to level par and one outside the cut mark, and he will have an unscheduled weekend off ahead of his defence of the Waste Management Phoenix Open next week.

And Rose was also catching an early flight home after undoing some excellent work over his first eight holes, with three birdies getting him to level for the tournament, only to give all three shots back in three straight holes after the turn before two late birdies proved scant consolation.