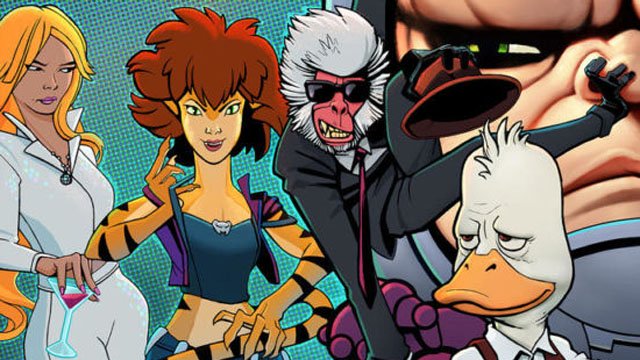 Nearly a year ago, Marvel TV and Hulu announced plans for four animated series including M.O.D.O.K., Hit Monkey, Howard the Duck, and the unlikely pairing of Tigra & Dazzler. There was even going to be a team up special called The Offenders, with the stars of all four shows. However, plans have changed and only two of the series will be going forward.

Via The Hollywood Reporter, Marvel has pulled the plug on Howard the Duck and the Tigra & Dazzler animated series. The report also said that this decision was made by Marvel, not Hulu. Both Hit Monkey and M.O.D.O.K. are still in production. Regardless, this does make The Offenders less likely to happen.

There were signs of trouble on the Tigra & Dazzler series late last year when Marvel placed the production on hold. After creative differences with the writing staff, Marvel released the entire staff and planned to restart development for the show. At the time, Marvel was reportedly looking for a new showrunner to take over the series.

Fan favorite writer and director Kevin Smith was one of the primary creators of the Howard the Duck series Via Newsarama, Smith shared his reaction to the news.

“I got a text from [fellow executive producer] Dave Willis in the morning saying, ‘We got Tigra and Dazzler’d,’” related Smith. “I called him and asked ‘Is that what I think that means?’ And Dave said he had just got the word that there will be no Howard the Duck show. The only explanation was ‘We have no plans for this character at this time.’”

How do you feel about the cancellation of Howard the Duck and Tigra & Dazzler? Let us know in the comment section below!

Despite trade tensions, China is relying on Australia to power its...