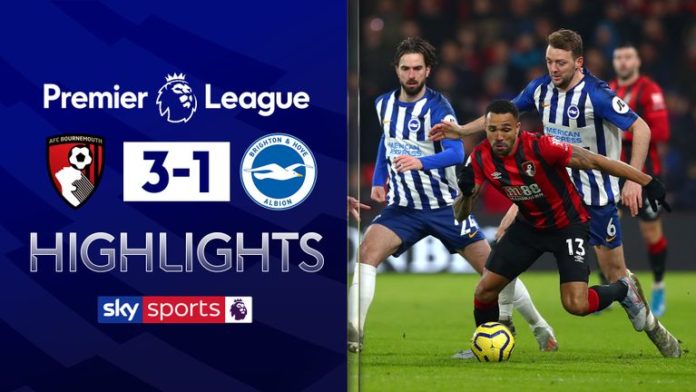 Howe: “It’s not like we were looking for some wizardry to come in and make a difference… but if there is some magic to be had we’ll certainly take it!”

Eddie Howe joked Bournemouth might need a bit of witchcraft and wizardry to resurface from their relegation battle after popular Harry Potter actor James Phelps paid a visit to the Vitality Stadium on Thursday.

33-year-old Phelps is widely known along with his twin brother Oliver for their portrayal of Fred and George Weasley in the Harry Potter film series, and was spotted alongside Cherries players Nathan Ake and Ryan Fraser in a training ground picture.

But Howe, who led Bournemouth to their first league success in seven games on Tuesday with a 3-1 win over fellow strugglers Brighton, admitted he was not aware of the actor’s visit.

“I didn’t know too much about it, to be honest,” Howe said. “It’s not like we were looking for some wizardry to come in and make a difference to us…

“I think it’s something that’s just happened, a little bit by coincidence, but if there is some magic to be had we’ll certainly take it!

“I’ve never seen a Harry Potter movie so I apologise, so I can’t say whether he’s any good or not!”

Tuesday’s win at the Vitality Stadium was secured by a superb performance in goal by 21-year-old Aaron Ramsdale, who made seven saves to keep Brighton’s attackers at bay before conceding a consolation goal nine minutes from time.

The 21-year-old is currently in the England U21 setup after having won the U19 European Championships in 2017 and Howe says his experience in the younger national teams might bode well for his chances of being picked for Gareth Southgate’s England squad for Euro 2020.

“I’m sure he’s in the frame,” Howe said. “I’m sure they’re very very aware of Aaron from his good work with the young England teams he’s been involved in.

“I think that was probably his best performance for us this season on Tuesday. He made a number of good saves, but also just his general demeanour was that of a very confident goalkeeper, someone who was in a very good place mentally and I think he inspired his back four, I said that after the game.

“So the challenge for Aaron is to continue in that form, and I think if he does play to his potential between now and the end of the season, I think he’s got a chance.

“But that shouldn’t be his priority. I’d urge him, similar to all the players that are thinking about the summer, to focus on the next game, focus on being your best, on your team, on your club football, because that’s going to define what you do afterwards.”