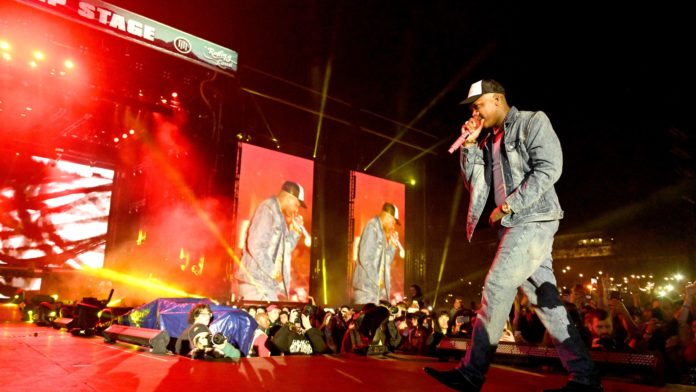 US rapper YG has been arrested at his home in Los Angeles on suspicion of robbery – just days before he is due to perform at the Grammy Awards.

The performer, real name Keenon Jackson, was taken into custody after officers received a search warrant for his house in the Chatsworth area.

The rapper hails from the city of Compton in LA, an area which produced hip-hop stars such as Dr Dre, Coolio and Kendrick Lamar, and is known for tracks including Toot It And Boot It and Go Loko.

He is due in court on Tuesday for an arraignment, where charges will be formally put to Jackson and he will be asked to enter a plea.

Officials in Los Angeles did not provide any more details about the arrest or the alleged robbery. However, according to TMZ, the raid on his home took place in the early hours of Friday morning.

Fellow rapper The Game tweeted about YG’s arrest and criticised the Los Angeles Police Department, saying: “Funny how YG gets arrested the weekend of the Grammys when he’s supposed to hit the stage in [Nipsey Hussle’s] honour. #LAPDtheBiggestGangHere.”

YG, alongside other performers including John Legend and Meek Mill, was down to perform at Sunday night’s Grammy awards in a section honouring Nipsey Hussle – a rapper who was shot dead last year at his LA clothing store.

Jackson’s home was previously searched back in July 2019 in connection with a police shooting in Compton in which a bystander was killed, however YG was not implicated in the incident and was not home during the search, according to police at the time.

It is not clear whether the two incidents are connected.