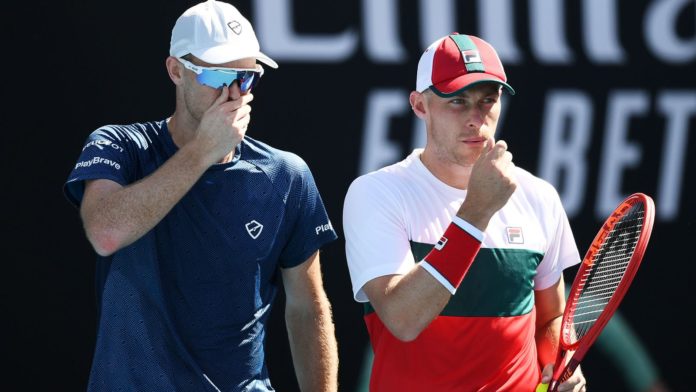 Jamie Murray and Neal Skupski are out of the Australian Open after losing a final set tie-break against American pair Steve Johnson and Sam Querrey in the second round.

Murray and Skupski, who reached the semi-finals at the US Open last year in their second Grand Slam together, saved six match points in the deciding set tie-break but were unable to convert the one opportunity they had.

However, Skupski’s brother Ken, did reach the third round as he and Mexican partner Santiago Gonzalez beat second seeds Lukasz Kubot and Marcelo Melo 7-5 7-6 (7-4).

Another Briton to progress was Joe Salisbury and his American partner Rajeev Ram after they beat Tennys Sandgren and Jackson Withrow 6-3 6-3.