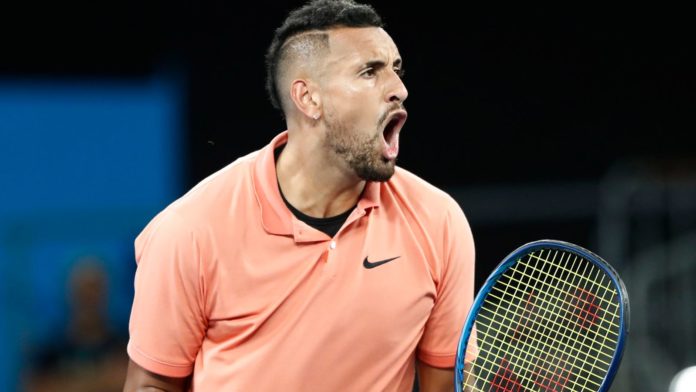 Nick Kyrgios will renew his rivalry with Rafael Nadal in the fourth round of the Australian Open after winning a five-set thriller on a final-set tie-break against Karen Khachanov.

The Australian 23rd seed appeared in complete control when he led by two sets to love and a break but Khachanov saved a match point in both the third and fourth sets to force a deciding set.

Earlier, top seed Nadal marched into the last 16 – for the 13th time in his career – with a dominant 6-1 6-2 6-4 win against fellow Spaniard Pablo Carreno Busta.

It will be the eighth meeting between Kyrgios and Nadal, with the Spaniard leading 4-3 after the world No 1 won in four thrilling sets in their most recent encounter at Wimbledon last year.

On facing Nadal, Kyrgios said: “He has a winning record against me. Whatever happens between us, he’s an amazing player, arguably the greatest of all time.

“I’m going to do everything I can to get ready and hopefully it will be enough.”