Home Culture Elections Globally Are Under Threat. Here’s How to Protect Them 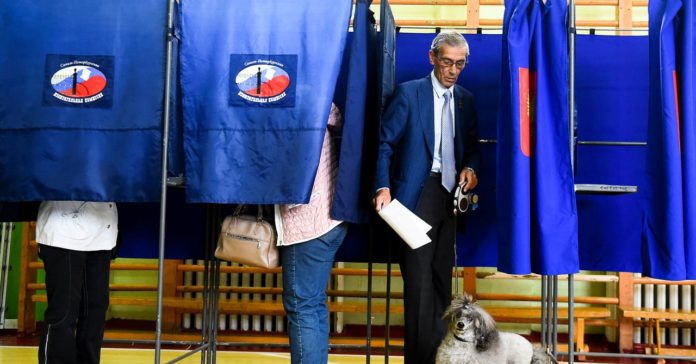 A new report offers one of the most comprehensive overviews of the challenges to global electoral integrity posed by the onslaught of misinformation, online extremism, and social media manipulation campaigns, and calls for a series of reforms from platforms, politicians, and international governing bodies.

In a report released Wednesday, the Kofi Annan Commission on Elections and Democracy in the Digital Age found the rise of social media has caused irrevocable harm to global electoral integrity and democratic institutions—and the effects may get even worse.

The report, based on a year of global research and consultations with academics, policy makers, and representatives from the tech industry, calls for governments to form an international coalition—similar to those in place to tackle issues such as human trafficking or climate change—dedicated to addressing foreign meddling in elections and social media influence campaigns. It also urges governments to build an election vulnerability index to help determine which elections are ripe for interference or particularly susceptible to misinformation.

It comes at a watershed moment for election security, as the digital and physical worlds become increasingly intertwined for voters around the globe. In a first for US elections, a Washington state district will allow its 1.2 million eligible voters to cast ballots via smartphone beginning Wednesday. The district, which encompasses the greater Seattle area, is one of many government entities aiming to increase voter turnout by adopting new technology, though past attempts to digitize the process have been marred in controversy. A 2010 trial of an online voting system in the Washington, DC, area was hacked by researchers from the University of Michigan who in 48 hours were able to compromise the server and change all of the vote tallies. Plans to roll out mobile voting to some overseas military members and citizens announced in 2018 met with outrage from the security community, who describe the sites as far from secure.

In new and developing nations, things are much worse, the commission says.

“Democracies vary in their vulnerability to disinformation based on pre-existing polarization, distrust, and partisan traditional media, with new and transitional democracies in the Global South being particularly vulnerable,” the report says, pointing to elections in Kenya, the Philippines, and Nigeria. “For the foreseeable future, elections in the democracies of the Global South will be focal points for networked hate speech, disinformation, external interference, and domestic manipulation.”

Notably, the report calls for countries to update political advertising laws to take into account the dominance of social media platforms and their outsized impact on modern political discourse. It asks policy makers to adopt legislation clearly defining what constitutes a political ad and institute a “digital cooling-off period” for online political ads in the 48 hours preceding an election. It wants rules setting the minimum audience segment size for online ads—a recent subject of contention among tech companies. Google has moved to restrict micro-targeting for political ads, while Facebook defends the practice. And it asks public officials to compel platforms like Facebook and Twitter to share more data with academics and other independent third-parties, and to clearly label accounts that use automation or appear to be bots, or “face financial penalties.”

The report also urges platforms to allow only candidates who have “pledged to avoid deceptive campaign practices” to purchase ads, a practice that Facebook has steadfastly refused to adopt. In October, Facebook doubled down on its decision to exempt politicians from its usual policies prohibiting posting misinformation and other forms of problematic content, extending the carte blanche to ads purchased by political candidates or officeholders. Shortly after, Twitter elected to do the opposite, banning all political ads on the platform globally.