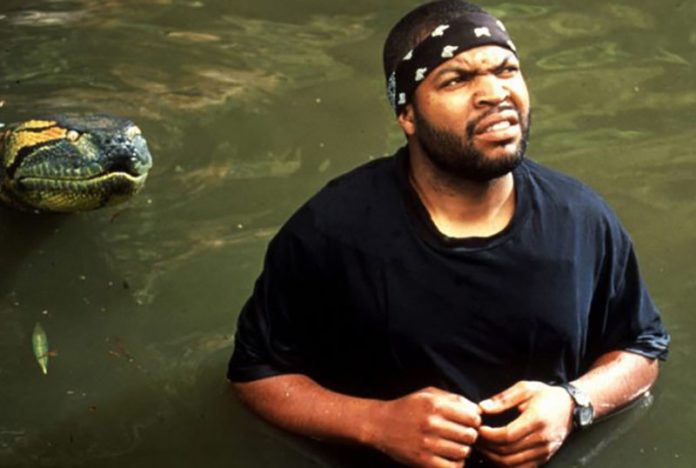 Though not a critical success, Sony’s 1997 creature feature Anaconda was a financial hit and has become a cult classic in the over 20 years since its release and now the studio is looking to bring the franchise back to life in a reboot penned by Divergent‘s Evan Daugherty, according to Variety.

No details have currently been released regarding the story or characters in the project, nor even a producer, director or stars, but putting a reboot in development is certainly an interesting notion, as the creature feature genre seems to be on a comeback with hits such as The Meg and Godzilla: King of the Monsters for Warner Bros.

The original film, which hit theaters in April ’97, followed a documentary film crew who are searching for a lost tribe along the Amazon River and are initially helped by a snake-hunter, played by Jon Voight, who hijacks the expedition in his hunt for a record-breaking green anaconda he’s been tracking. However, the hunters become the hunted as the crew fight for their lives against the monstrous creature.

The film received mixed reviews from critics, currently sitting at a 40% approval rating from critics on review aggregate Rotten Tomatoes, but was a hit with audiences and went on to gross over $135 million at the global box office on its $45 million budget. The ensemble cast was made up of Jennifer Lopez (Hustlers), Ice Cube (Fist Fight), Voight (Ray Donovan), Eric Stoltz (Pulp Fiction) and Owen Wilson (Wedding Crashers).

Its box office success spawned a franchise that included the 2004 sequel Anacondas: The Hunt for the Blood Orchid, which was similarly a critical miss but a financial hit, and two direct-to-video sequels Anaconda 3: Offspring starring David Hasselhoff (Guardians of the Galaxy Vol. 2) and Anacondas: Trail of Blood. The franchise would also eventually cross over with the cult crocodile series Lake Placid in the 2015 Lake Placid vs. Anaconda.