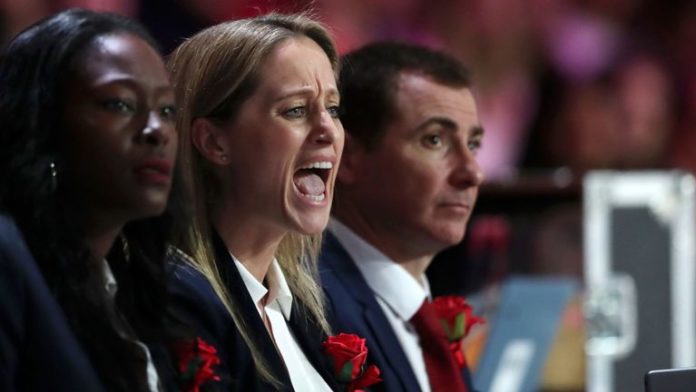 Watch the Vitality Nations Cup play-offs on Sunday live on Sky Sports from 2.15pm and via our streams on the Sky Sports YouTube channel

The side went into the match knowing that they needed to be victorious in order to face New Zealand in the competition’s final but found themselves looking at a 13-goal deficit in the second half.

Despite having a mountain to climb, the home side responded to the ardent support inside the Copper Box Arena in London and finished being the stronger of the two sides.

“It’s very difficult to close down but what an effort in that last 15 minutes. I asked from them was to play that final quarter as a match within itself and close the gap. They certainly responded to that.”

Watch the match back on Sky Sports’ YouTube channel

At the heart of the Sunshine Girls’ work was their experienced 6ft 4in shooter Jhaniele Fowler.

Over the course of the 60 minutes, her team-mates found her too easily in the circle, despite positive work from the Roses’ defenders.

“We actually won a lot of ball in that opening quarter, against the tower that is Jhaniele Fowler and I was really impressed that we did that,” Thirlby noted.

Silver Ferns pushed all the way by South Africa

“We know that throughout the journey this week, we need to keep minimising our errors and we need to reward those turnovers.

“It is a case of capitalising. The ball that we stole off them, we gave them too many back and that’s a problem. You just can’t afford to be in the negative on that, that’s our work-on.”

The Roses now have a quick turnaround before facing South Africa in the third-place play-off on Sunday afternoon.

Excellent fight back from the Roses but @NetballJamaica too good today! They’ll take the win but to be 13 up & only win by 4 wouldn’t sit down well. If this team can find a level of conviction & ruthlessness to turn 13 goals up into 15, 17, they become unstoppable! @SkyNetball

When the two teams met on Wednesday, England problem-solved throughout in order to gain their 58-54 victory, but South Africa come into the play-off following a positive performance against world champions New Zealand.

“It’s a case of, ‘keep building’. We finished the game strongly and Sunday is going to be tough,” Thirlby added.

“We really wanted to get in the first versus second play-off but ultimately you’ve got two finals here and I think they’re going to be really tight.

“I’ll just keep on going back to the drawing board, the girls are responding really well in training and sometimes you just can’t accelerate things.

“Tactically we stuck to task, there wasn’t anything that we didn’t know and it just takes a while to get the real learning and cohesion to take these teams.”