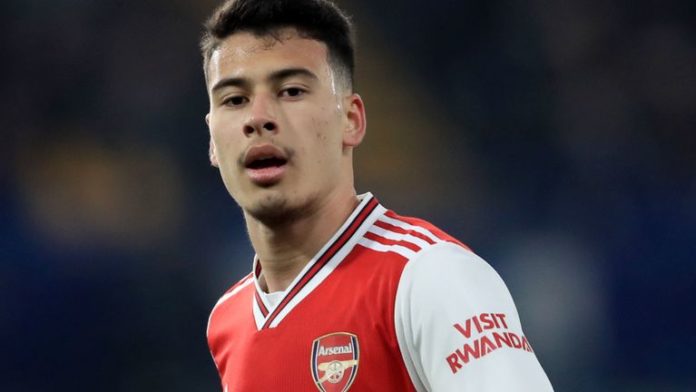 Mikel Arteta says Gabriel Martinelli has impressed him with his “incredible” spirit, but warns Arsenal must protect the 18-year-old.

Martinelli has scored in Arsenal’s last two matches to take his tally to 10 for the season – making him the first teenager since Nicolas Anelka to reach double figures for the club in a single campaign.

He has helped to fill the gap left by suspended captain Pierre-Emerick Aubameyang and Arteta says he has been impressed by the Brazilian since arriving as head coach in December.

“For him there is still a long way,” Arteta said of Martinelli. “We have to bring him down. I want him to train with his head down every day and slowly he will start to earn the praise if he does what he needs to do every day.

“But it is not about one or two days. I heard a lot of things about Gabi before I joined and the moment I saw in training, it was confirmed the things I was told before.

“I think the way he competes and how brave he is in every decision on that pitch is very unusual for an 18-year-old.

“His fighting spirit is incredible and then he is a threat for goal every time.”

Martinelli joined from Brazilian lower-league side Ituano at the start of the season and has gone on to play 21 times for Arsenal.

Arteta says the challenge for the Gunners is to help the forward to maintain his consistency, saying: “That is the risk and not just him, but all of us and me included and the club and the people around him.

“We have to support him and protect him. We cannot just give him the license to think he can do that every single day.

“He needs to play with that freedom where he has the license to do what he wants to do on the pitch, but with the pressure really that it doesn’t always have to be him to do it.”