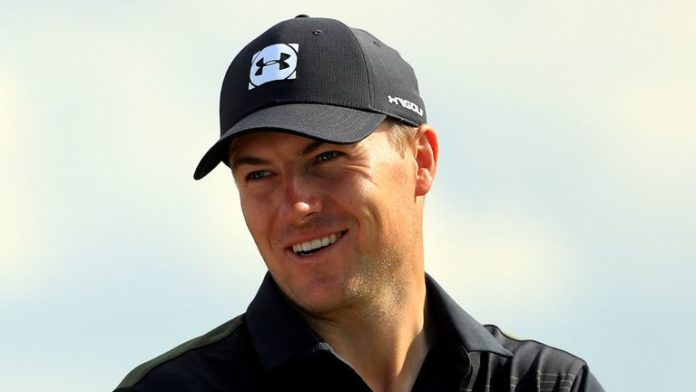 Jordan Spieth produced an early contender for the best chip-in of the year after pulling off a remarkable hole-out on day three of the Farmers Insurance Open.

Spieth needed something to lift his spirits at Torrey Pines after plummeting seemingly out of contention during the third round, his fifth bogey of the day at the 13th leaving him three over for the round and one under for the tournament.

The three-time major champion looked likely to drop another shot at the 15th when his approach flew the green and came to rest in the lush rough close to the grandstand.

Spieth was so far out of position that he was not in range of the TV cameras, and the only clue we had that a player was down there was the fans in the stands peering over the barriers.

Then a ball appeared and pitched in the fringe, heading yards left of the pin, but Spieth had clearly made ideal contact and picked out the perfect line, his ball taking the big left-to-right break and rolling down the slope before dropping into the hole at pace.

It was a welcome relief for Spieth, who has crashed to 45th in the world rankings and remains without a victory since The Open at Royal Birkdale in 2017. Maybe a shot like this can revive his career?

Watch the video above to see Spieth’s astonishing hole-out for birdie at Torrey Pines. Live coverage continues through to Sunday’s conclusion on Sky Sports Golf.