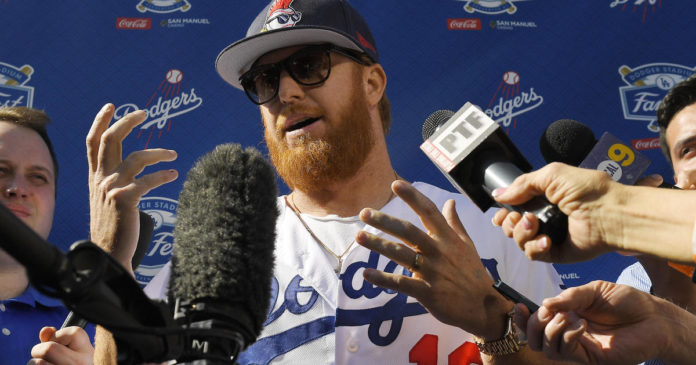 Despite being eager to focus on the upcoming season, several Los Angeles Dodgers on Saturday publicly for the first time expressed annoyance at the Houston Astros for the sign-stealing system used during the 2017 season, when Houston beat them in seven games in the World Series. Dodgers players said they would rather earn a World Series trophy on their own than accept any scraps from the Astros or Boston Red Sox.

“They cheated and they got away with it,” utilityman Kiké Hernández said during the team’s annual FanFest outside Dodger Stadium. “I don’t think it hurts more now than it did three years ago when we lost the Series.”

Hernández said the Dodgers “had our doubts” about the Astros in 2017.

“Everybody warned us. A lot of people told us to worry about them,” Hernández said. “We just thought it was just rumors, but I guess not.”

Two weeks ago, Major League Baseball released the findings of an investigation that was launched after a report in The Athletic detailed the Astros’ sign-stealing scheme in 2017. The league concluded the Astros used a center-field camera to steal signs from opposing catchers and warned their own batters of what type of pitch was coming by banging on a trash can positioned just outside the dugout.

The Red Sox are also under investigation for possibly stealing signs in Alex Cora’s first season as manager in 2018, when Boston beat the Dodgers in the World Series. The investigation into the Red Sox is still ongoing, but Cora has since been fired.

The Los Angeles City Council voted symbolically this week to ask MLB to strip the Astros and Red Sox of their World Series titles and award the trophies to the Dodgers.

Thanks but no thanks, third baseman Justin Turner said.

At the same time, Turner called into question the Astros’ right to call themselves champions.

“It’s hard to feel like they earned it,” he said. “Just not 100% sure if they should be called champions for the rest of their lives.”

Turner said the players want to experience everything that goes along with winning a World Series, including dog-piling on the field after the final out, popping Champagne in the clubhouse, and parading through the city’s streets.