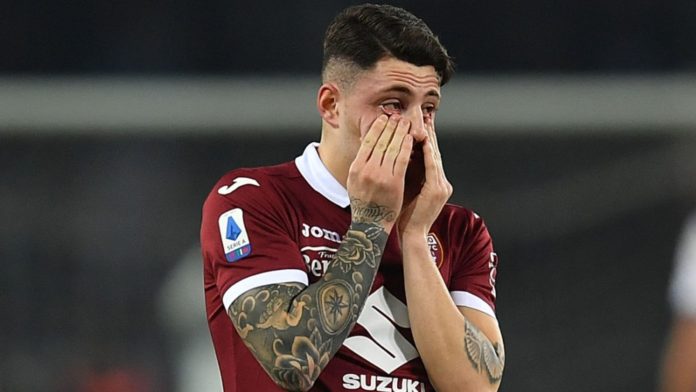 Boss Walter Mazzarri: “Everything was indefensible today. This performance was unjustifiable. All we can do is apologise.”

Torino players were left fighting back tears after they were beaten 7-0 at home by Atalanta in Serie A on Saturday.

The Turin club conceded seven goals in a home league game for the first time in their history, which prompted thousands of fans to leave the game early.

Some of Torino’s players, including Lorenzo De Silvestri and youth team striker Vincenzo Millico, were clearly distressed at the final whistle.

The club’s ‘ultras’ walked out with 30 minutes to go and reportedly began protesting outside the Stadio Olimpico Grande Torino, venting their frustration at President Urbano Cairo and coach Walter Mazzarri.

“I have come here to apologise for an indefensible performance. I have already told the players we are going straight into a training retreat, then we’ll see what happens,” Mazzarri told DAZN.

“Everything was indefensible today. This performance was unjustifiable. All we can do is apologise. There is nothing more to say.”

“This 7-0 at home was something humiliating that touched me, the worst moment since I have been here,” said striker Andrea Belotti. “We just have to apologise for the performance that was not up to Torino.”

Josip Ilic scored a hat-trick – including a stunning improvised free-kick from near the halfway line – as Atalanta moved level on points with Roma in fourth. Torino remain in tenth.