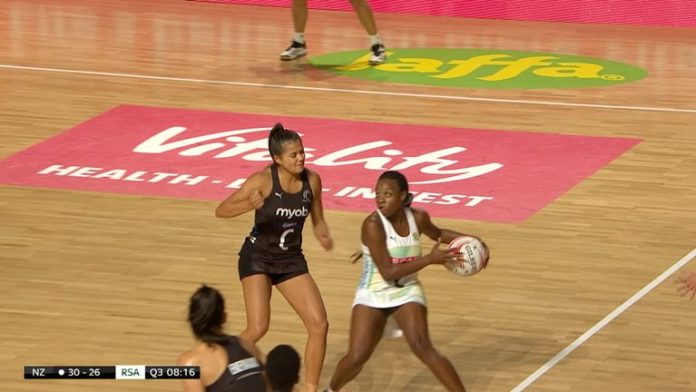 Dorette Badenhorst, head coach of the SPAR Proteas, believes that the Vitality Nations Cup has provided a great opportunity for her side and is something they will learn a lot from.

Badenhorst’s reflections came after her side narrowly lost to the world champions by 48-41 on Saturday afternoon the Copper Box Arena.

Prior to that, South Africa had suffered disappointing results against England’s Vitality Roses and the Sunshine Girls.

However this time around, in front of a sold-out crowd at the Copper Box Arena in London, they flourished and after the head coach praised her players’ work.

“I think that 90 per cent of the time we really played good netball,” she said.

“A few disappointments though, as the last few shots didn’t fall. We turned enough ball in the last quarter to take the match but that’s the game.

“We just need to go and work on our concentration for the last few minutes. Those type of shots, against the best in the world, need to go in.”

It was really torrid and very physical out there. Defensively, I thought that South Africa were sublime and really took it to us.

South Africa will now prepare to take part in the third versus fourth play-off and will be eager to finish their campaign on a victorious note.

Against the Silver Ferns, one of Team Bath Netball’s new recruits – Khanyisa Chawane – excelled and her ability to release the ball with confidence and sparked their attack-end.

“I think that the side really stuck to the game plan. We had good moments on court and really tried,” Badenhorst said “I think that it was great play and we tried a lot of combinations too,”

“It’s difficult to play the best in the world but we’re there” she reflected.

? Welcome to the Vitality Nations Cup!

“It’s two or three balls that we need to turn and we’re there.I will stay positive and I think that we’ve learnt a lot from this competition. We need to play more and more games like this.

“It’s never going to be easy playing the best in the world but it’s a great opportunity and something that I will grab every time.”