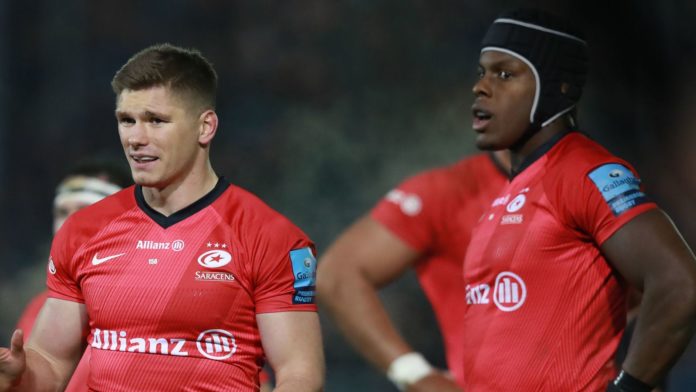 Saracens are in talks with world champions South Africa over a potential fixture next season at Allianz Park, Sky Sports News can confirm.

Talks with the Springboks are at an early stage as Saracens attempt to arrange competitive matches to keep the likes of Owen Farrell and Maro Itoje match-fit.

First reported by the Mail on Sunday, Saracens’ established England and Lions stars will not play week-in week-out in the Championship next season, with the club instead looking at innovative ways of providing high-level opposition.

Saracens have also held talks with Super Rugby sides as part of the plan, which has the backing of England coach Eddie Jones and Lions coach Warren Gatland.

It was announced last weekend that the reigning English and European champions would be relegated from the Premiership at the end of the season in response to their failure to comply with salary cap regulations for the current campaign.

Premiership Rugby docked Saracens 35 league points and fined them £5.36m in November for breaking the salary cap in the 2016-17, 2017-18 and 2018-19 seasons, and a panel said they had “continuously and recklessly failed to comply with its obligations to co-operate with the SCM (salary cap manager)”.

During those three season, Saracens were found to have overspent by more than £2m in total. Significantly, in both of the two seasons in which they overspent by nearly £1m, Saracens won the European Champions Cup.