Home Culture Is there a science behind creating pop hits? 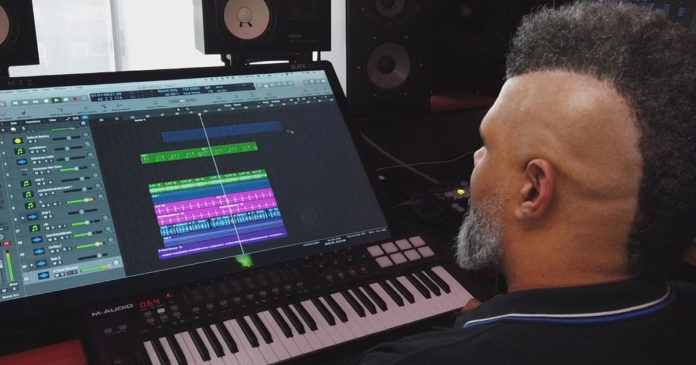 But surely there’s a science to writing a hit song? David Pogue went on a quest to find out.

He asked singer and songwriter Neil Sedaka, what makes it a hit? “There are various notes that go with various chords. And if the sentiment is right, it give you that, in the groin, in the heart, you get those chills … can you understand that?”

The Captain and Tennille perform “Love Will Keep Us Together”:

Pogue asked, “When you’re writing, do you ever think about music theory stuff, like, ‘Oh, this should be a scale’?”

A key ingredient of a hit is the hook. “A hook is the main thought of the song,” said Valerie Simpson. “Like, ‘Ain’t no mountain high enough.’ That’s the hook. So, you want that to be memorable.”

Simpson and her late husband Nick Ashford made up the performing duo Ashford and Simpson. They wrote songs for singers like Diana Ross, Ray Charles, Aretha Franklin, the Supremes, Chaka Khan – and for themselves.

Pogue asked, “Is there something that you do that sort of signals, ‘This is the hook’? Like, do you make it louder?”

“Well, you want it to pop, that’s for sure,” Simpson replied. “So you might, you know, go up chordally, so it sticks out in a way that it grabs your attention.”

John Seabrook is the author of “The Song Machine,” which describes how hit songs are written today. “We live in such a fragmented world, and hits make the world feel like a much more smaller place,” he said.

When asked what elements can be counted on to make a hit song, Seabrook said, “It clearly has something to do with repetition, because the brain loves patterns that it can recognize.”

A perfect example is Taylor Swift’s “Shake It Off” – and not just for the catchy chorus.

“This is the real genius of a pop song, is to make something that’s simple enough to be kind of repetitive, but doesn’t get boring after it’s been repeated 200 or 300 times,” Seabrook said.

No matter the era, the ingredients for a hit song have always been melody, rhythm, harmony and lyrics. But today, the way songs are written is almost unrecognizable. It’s not even called songwriting anymore; it’s called production.

“Used to be, writing a song back in the 1960s was, you sit at a piano and you pull out a pad, and you write a song,” Felder said. “Well, production is that now. You pull out a laptop, you have a keyboard, and you produce a track.”

Track, he explained, “is just another word for the instrumental portion of a song.”

“Yeah. I frequently shake my bootie in clubs,” Pogue said.

Felder got a lot of booties shaking in clubs with his monster hit “Sorry Not Sorry,” sung by Demi Lovato. It hit #1 in 2017.

Oak Felder has created hits for plenty of stars, but could he make one with Pogue? The “Sunday Morning” correspondent introduced his hook: I’ve always wanted to meet you.

Felder introduced a straightforward urban track with some pop chords, and coaxed some lyrics out of Pogue:

I’ve always wanted to meet you,
ever since I heard your voice.
Since the day we first met on the street,
you made me feel I have no choice.

While Pogue waits for his royalties to come pouring in, remember what makes a song a hit: A memorable hook with just the right amount of repetition; a singable voice range; relatable lyrics; and, according to John Seabrook, one more ingredient: “It’s not just all, you know, machines and cold production. At the heart of it, there’s still magic in the air.”

Valerie Simpson says the same thing: “My inspiration is to say it in a way that you haven’t heard it, and hope that it means something in your life, that it touches something, you know, something deep down.”