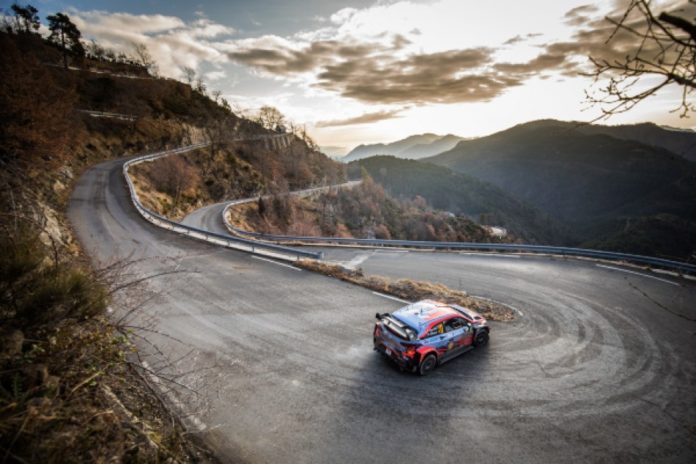 The Belgian pair of Thierry Neuville and Nicolas Gilsoul, driving a Hyundai i20, won all four slippery asphalt speed tests around Monaco today to move up from third and claim the victory on the opening round of the FIA World Rally Championship by 12.6sec.

Toyota team-mates Elfyn Evans and Sébastien Ogier could not withstand Neuville’s charge. Ogier, winner in Monte-Carlo for the past six seasons, overhauled overnight leader Evans in the closing test to claim second by 1.7sec.

Neuville ensured a maximum five bonus points by winning the rally-ending Power Stage by 0.016sec from Ogier, who took four points. Teemu Suninen was third in a Ford Fiesta to collect three points, Evans took two points in fourth and Esapekka Lappi took the final point in a Fiesta.

Eric Camilli finished in ninth overall to claim the win of the FIA WRC 3 category for privately entered R5 cars, while PH Sport’s Mads Ostberg is the winner of the FIA WRC 2 in his Citroën C3.