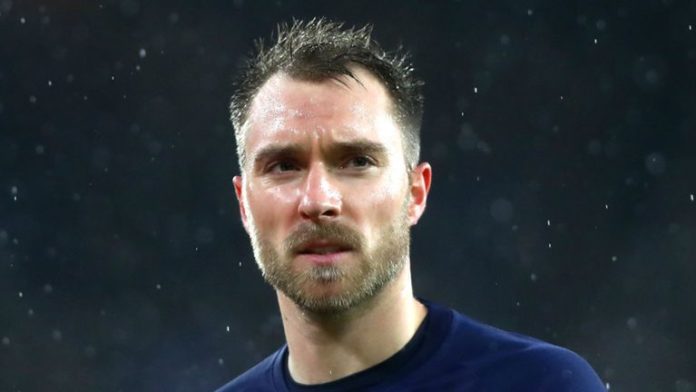 Tottenham midfielder Christian Eriksen is close to joining Inter Milan, with a deal expected to be finalised by Monday.

Inter Milan CEO Giuseppe Marotta said: “You all know that we are negotiating with Tottenham. I am optimistic and I hope everything can be concluded quickly because the market closes on Friday and we hope to conclude the negotiations in the next few days.”

Eriksen has made 305 appearances during his six-and-a-half year spell in north London, scoring 69 goals and providing 89 assists.

The Denmark international would become the third signing Inter have made from the Premier League this month, having already brought in Ashley Young from Manchester United and Victor Moses from Chelsea.

Tottenham head coach Jose Mourinho criticised Inter Milan for their pursuit of Eriksen after he was left out of the FA Cup fourth round 1-1 draw with Southampton on Saturday.

Eriksen travelled with his team-mates to St Mary’s but his omission from Mourinho’s squad indicates he may have played his last game for the club against Norwich in midweek.

Mourinho said: “You can read what you want to read. I don’t want to say anything.

“The only thing I can say is, Eriksen, since I arrived, has behaved in a very, very professional way with me and with the team.

“Tottenham is the last one to blame in this situation but to be on the 25th of January in a situation like this is not nice.”

Giovani Lo Celso could be the man to act as a permanent replacement for Eriksen.

Mourinho said Spurs will “execute the option” to the Argentina international on a full-time basis, with the midfielder’s recent performances making it an “easy” decision.

Spurs have the option to buy Lo Celso for £27m this month, or £34m in the summer. That option will only become an obligation if the club qualifies for the Champions League.

“It’s not an obligation, it’s an option. I think the boy is earning the decision. He’s making an easy decision for the club to execute the option,” Mourinho said of Lo Celso, who joined on a season-long loan from Real Betis.

“[He has shown an] incredible evolution since I arrived, he had barely played a game, I think only against Red Star Belgrade. With me it was a little bit difficult in the first couple of weeks, but he understood what we wanted.

“Good learner, good kid and I think by himself he made the decision that the club is going to execute the option. That’s normal, he earned it.”