Home Culture A guide to viewing the 2020 Grammy Awards 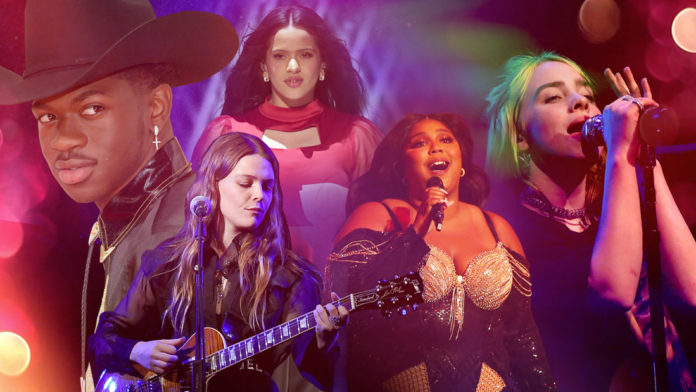 Aside from the nominees, this year’s show will also feature a variety of performances, from Billie Eilish to Lizzo.
Here’s everything you need know about music’s biggest night.

The show airs on CBS, but you can also stream the show online, or on a mobile device if you have an CBS All Access account.
Alicia Keys returns to host the ceremony following last year’s show.

Along with Eilish and Lizzo, Aerosmith, Gwen Stefani and Blake Shelton, Camila Cabello, H.E.R., Jonas Brothers, Rosalía, Tyler, The Creator, Bonnie Raitt, Run-DMC, Charlie Wilson, Ariana Grande and Demi Lovato will take the stage.
Aerosmith is the 2020 MusiCares Person of the Year and Sean ‘Diddy’ Combs received the Industry Icon Honor at the annual Pre-Grammy Gala on Jan 25.
Putting aside some behind-the-scenes drama at the Recording Academy, Sunday’s show belongs to the singers and musicians.
Lizzo leads in nominations with eight, including record of the year, album of the year, song of the year and best new artist. Billie Eilish and Lil Nas X follow with six noms each.
See the full list of nominees can be found here.