David Solie’s 89-year-old mother, Carol, was unyielding. “No, I will not move,” she told her son every time he suggested that she leave her home and relocate to a senior living residence.

And it didn’t stop there. Although Carol suffered from coronary artery disease, severe osteoporosis, spinal compression fractures and unsteady balance, she didn’t want assistance. When Solie brought in aides to help after a bad fall and subsequent surgery, his mother soon fired them. 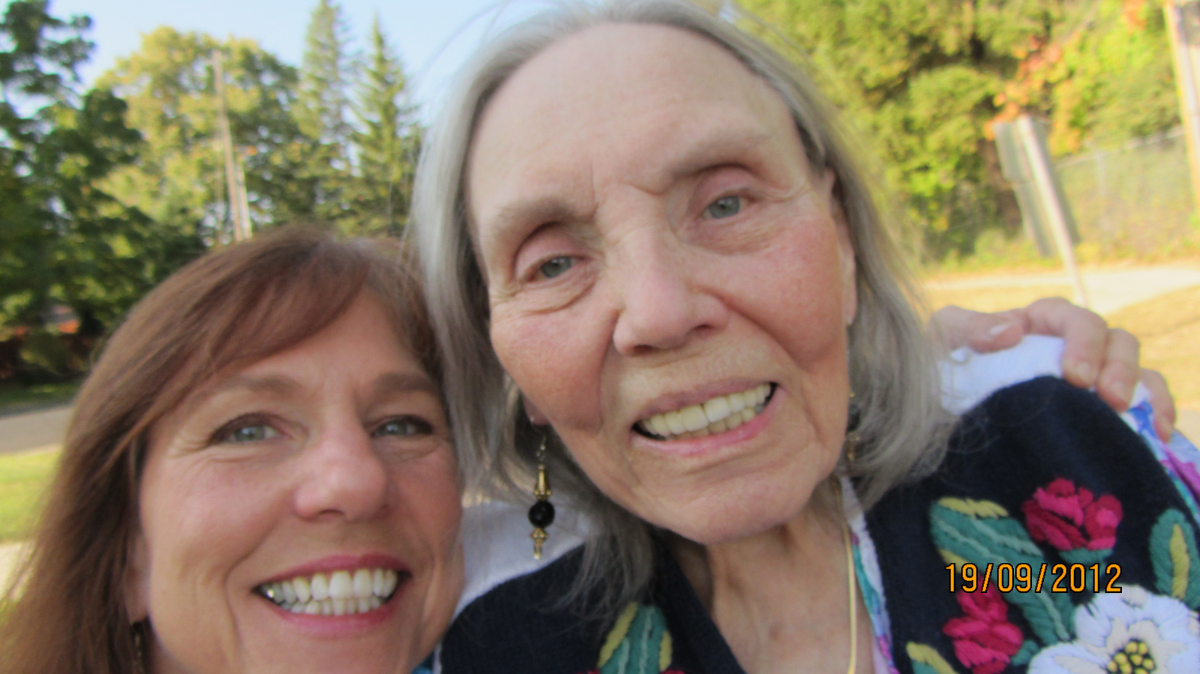 “In her mind, she considered it a disgrace to have anybody in her home,” Solie said. “This was her domain for over 50 years, a place where she did everything by herself and in her own way.”

Conflicts of this sort often threaten relationships between aging parents and their adult children just when understanding and support are needed the most. Instead of working together to solve problems, families find themselves feuding and riven by feelings of resentment and distress.

Solie got so worked up, he considered going to court and asking for a conservatorship – a legal arrangement that would have given him control over his mother’s affairs. (The situation was complicated because Solie’s brother, who has Down syndrome, lived at the family home.) But Solie’s lawyer advised that this course of action would destroy his relationship with his mother.

Today, Solie, a health-care consultant and writer with a well-regarded blog about aging, sounds the same theme when he consults with adult children caring for parents. Make preserving trust and keeping your relationship intact – not winning arguments – a priority, he says. What your parents most need is confidence that you’ll listen to them, take their concerns seriously and stay by their side no matter what happens, he says.

How adult children communicate with parents can go a long way toward easing tensions, Solie says. Instead of telling your parent what to do, ask how they would prefer to solve problems. Elicit their priorities and recognize their values when making suggestions. Give them choices whenever possible. Be attuned to their unexpressed needs and fears.

When Lee Lindquist, chief of geriatrics at Northwestern University’s Feinberg School of Medicine, asked 68 older adults in eight focus groups why they resisted help, the answers varied. They said they were afraid of losing their independence, becoming a burden on loved ones, being taken advantage of and relinquishing control over their lives.

Asked what might make a difference, the older adults said they liked the idea of “interdependence” – acknowledging that people need one another from childhood to older age. And they found it helpful to think that “by accepting help, they were in turn helping the person providing the help,” according to Lindquist’s study, published in the Journal of the American Geriatrics Society in August 2018.

Unfortunately, no amount of patience, compassion or forbearance will work in some conflict-ridden circumstances. But here are some of the lessons experts learned:

Be patient. Give your parents time to adjust. At first, Jane Wolf Frances’ 87-year-old mother, Lillian Wolf, wouldn’t consider moving with Jane’s father from New York to the Los Angeles area, where Frances, her only child, lived.

Although Lillian had Alzheimer’s disease and Frances had planned to give her one-story house to her parents, “I deferred to my mother’s fear that she was going to be losing something essential,” she said.

During three years of caregiving, Frances had learned to not rush her parents. She knew they had slowed down and needed time to process change.

So Frances waited until her parent’s home health aide called with concerns about their ability to live independently. After discussing the situation with their physician, Frances approached her mother again. A move to assisted living would be a fresh start, allowing the family to spend more time together, she said. After several conversations, her mother finally agreed.

Frances, a psychologist, is the author of a new book, “Parenting Our Parents: Transforming the Challenge Into a Journey of Love,” and founder of ParentingOurParents.org.

Stay calm when disagreements arise with your elderly parents and tamp down your emotional reactions, she tells families. Listen carefully to your parents’ concerns and let them know you’re trying to help them accomplish their goals, not impose your agenda.

“It’s often helpful to say to your parents: ‘I’m doing this for you. I’d like you to do something for me,’ ” Frances said. “People who are good parents perk up on that one and will ask, ‘OK, what can I do for you?’ Then, you can tell them, ‘You can let me help you more.’ “

Let them know you’re on their side. Denise Brown was convinced her parents, Roger and Sally Loeffler, were making a terrible decision.

In the previous year, Roger, 84, had been diagnosed with bladder and prostate cancer and undergone extensive surgery. Sally, 81, had suffered three internal bleeds and had one-third of her stomach removed.

Brown didn’t think they could live on their own anymore, and her parents had moved into a retirement community upon her recommendation. But then, at a family meeting, her mother stood up and said: “I’m not dying in this dump. I hate it here.” As Brown and her siblings turned to their father, he said, “I’ll do whatever your mom wants.”

When her parents decided to move to an apartment, Brown was confrontational. “I raised my voice and said, ‘This is not good, this is terrible,’ ” she said. “They were shocked, but they said, ‘It doesn’t matter; this is what we’re going to do.’ “

As Brown thought about her reaction, she realized she thought her parents would be safer and have a more “gentle” death in the retirement community: “Then it occurred to me – this wasn’t what my parents wanted. They valued their independence. It’s their decision about how the end of life plays out.”

Brown let her parents know she would respect their wishes but would need to set limits. Her work – Brown is the founder of CareGiving.com – had to be a priority, and her parents would need to arrange other assistance if she couldn’t be available. (Brown’s two brothers and sister help out.) And they’d have to be willing to talk openly about how their choices were affecting her.

What doesn’t work: trying to communicate when any one of them is tired or angry. “We never get anywhere,” Brown said. “Everybody gets defensive and shuts down.”

What does work: “Asking them questions like how do you think we should try to solve this problem? It’s interesting to hear their answers, and it makes working together so much easier.”

Stop expecting your parents to be as they used to be. After her father’s death, Loi Eberle was distraught when her mother, Lucille Miller, became involved with a man she and her siblings didn’t like. With his encouragement, Miller invested in real estate and lost a great deal of money.

But nothing Eberle or her siblings said could convince her mother that this relationship was destructive.

Eberle struggled with resentment and anger as her mother’s needs escalated after a heart attack and a diagnosis of myasthenia gravis, a severe neurological disease.

“Mom and I had this love/hate relationship all my life, and there was a huge need for healing in this relationship,” she said.

In 2012, Eberle moved Miller, then 89, from her longtime home in Minneapolis to a nursing home in northern Idaho, near where Eberle lives. Gradually, she realized that her mother “had transitioned to being someone else” – someone who was vulnerable and at her life’s end.

“I think for a long time I had this idea that I was going to help Mom come back to who she was, and I spent a lot of time trying to do that,” Eberle said. “I finally had to forgive myself for failure and understand that this is the life process.”

With this shift in perspective, emotional tension dissipated.

This is the final stage of your journey with your parents. Try to put angst to one side and help make this time meaningful for them and for you. Most of all, your parents want to feel emotionally connected and accepted, even in a diminished state.