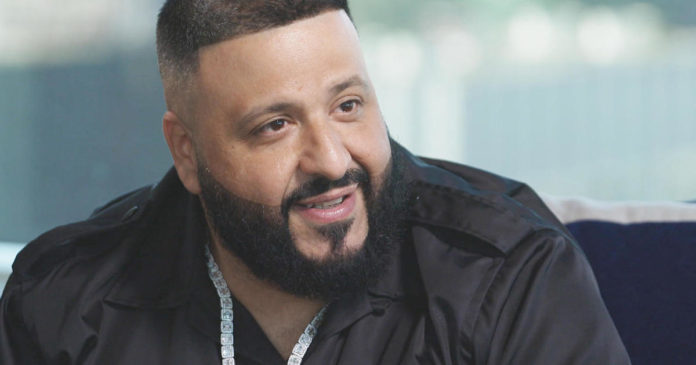 He has worked with some of the biggest artists in music: Rihanna. Justin Bieber. Drake. And on Jay Z and Beyoncé’s last tour, he was their opening act. So, what exactly does he do? Good question.

“What do you do?” asked correspondent Kelefa Sanneh.

“You must get asked that a lot, right?”

His most valuable skill may be bringing people together. His songs are all-star collaborations, and he’s been making hits for over a decade. Take the 2010 song “All I Do Is Win”:

The 44-year-old calls himself the “Quincy Jones of hip hop.” “The thing to be a great collaborator is, let everybody know, ‘The ego’s gotta leave the room for that moment and let’s come together and make the most incredible collaboration ever.’ And people that work with Khaled know that I’m gonna hit a home run.”

One of those collaborators is R&B singer John Legend. Sanneh asked him, “How is he able to bring these all-star collaborations together?”

“Well, I think he’s proven himself,” Legend replied. “People like being around him. And his energy is very contagious. And it makes you excited about whatever he’s doing.

Their latest collaboration is “Higher” with the rapper Nipsey Hussle. The song is nominated for a Grammy Award, but it’s a bittersweet moment. Hussle was murdered in front of his clothing store just days after filming the music video. He was 33 years old.

Legend said, “He was so powerful because he came back, he invested in the community. He built things that were lasting. No matter how young we lost him, those things are going to survive.”

Legend and Khaled will be performing a tribute to Nipsey Hussle at tonight’s ceremony. “He’s definitely gonna be on that stage with us – his spirit, his energy,” Khaled said.

Born Khaled Mohamed Khaled, the son of Palestinian immigrants, DJ said his parents supported his obsession with music, as long as they didn’t have to hear it. “They just told me, ’cause I had my turntables in my room, and there would be loud music all day, they’re like, ‘Yo, we’re gonna give you the garage,’ you know what I’m sayin’?” Khaled laughed. “They gave me the garage, and then I end up making the garage and started, you know, decorating like a studio.”

Sanneh said, “You mentioned that both your parents are from Palestine and you had a different background maybe than some of the other people in the world of hip hop. Was that something that was an obstacle or that people talked about?”

“Nah,” he said, “I’ve always been embraced with love from my background and where I’m from. And, again, I only keep myself around love. Anytime it doesn’t feel like love, I’m out.”

In the ’90s, he worked as a DJ at a hip hop station in Miami. He built a big local following, and got a national record deal. But it wasn’t until he discovered social media that he moved front-and-center.  “I was just bein’ me. And the world embraced it. It went viral with love,” he said. “Fan love, fan love is the most incredible thing ever. Just the love they show me, and the love I show ’em back, that’s what it’s about, man, supporting each other.”

Just hours after our interview, he took to social media to announce his latest collaboration: He and wife, Nicole, welcomed their second child, a baby boy.

No matter what happens tonight at the Grammys, DJ Khaled is confident that his rise to the top isn’t over yet.

“This confidence thing, is this a 24/7 thing? Or are there moments every once in a while where you think about failure, where it’s a little harder to be confident?”

“I don’t like using the word ‘failure,'” Khaled replied. “I think it’s just part of your journey for the win.

“I’m living my dream. I’m living everything I said I was gonna do. You know what I’m saying? And we very blessed. That’s the word: ‘We blessed.'”