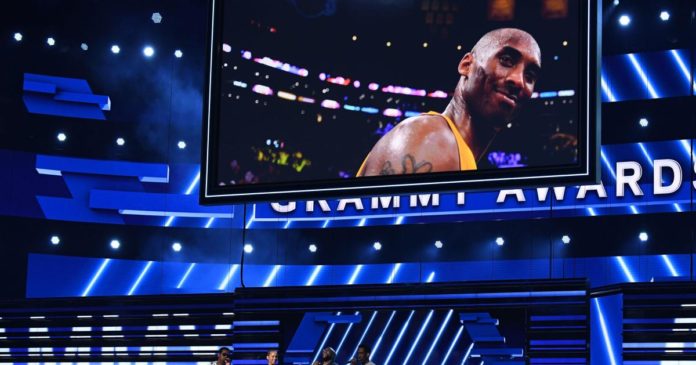 As stars gathered at the Staples Center in Los Angeles for music’s biggest night, the 62nd Grammy Awards somberly began in the shadow of the loss of NBA legend Kobe Bryant. The retired Los Angeles Lakers star died in a helicopter crash alongside eight others in California on Sunday.

Alicia Keys, who is hosting the Grammys for the second year in a row, paid tribute to the basketball legend in her opening monologue.

“Here we are. Together. On music’s biggest night, celebrating the artists that do it best. But to be honest with you, we’re all feeling crazy sadness right now,” she said. “Earlier today, Los Angeles, America and the whole wide world lost a hero. We’re literally standing here heartbroken in the house that Kobe Bryant built.”

The Staples Center was Bryant’s home court and ahead of the Grammys red carpet, mourners gathered outside the arena to remember the late star who brought the city five NBA championships.

Bryant’s 13-year-old daughter, Gianna, was among the nine victims of the helicopter crash.

“We never imagined in a million years we would have to start the show like this. Never, never, never, never, never. But we wanted to do something that could describe a teeny bit how we all feel right now,” Keys said as Boyz II Men joined her on stage to sing “It’s So Hard to Say Goodbye to Yesterday.”

She closed her speech by reminding the audience that music is “the most healing thing in the world.”