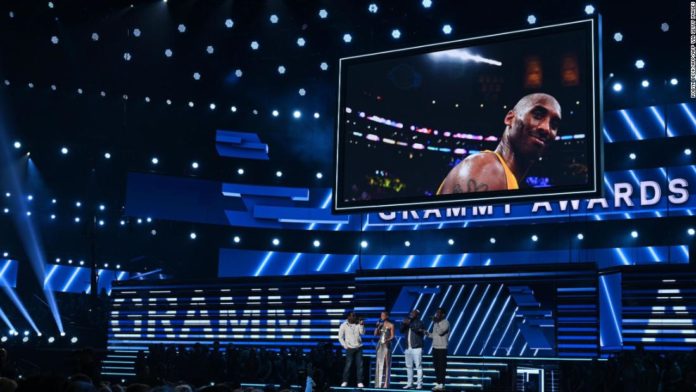 “We’re all feeling crazy sadness right now,” Keys said. “Earlier today, Los Angeles, America and the whole wide world lost a hero. We’re literally standing here heartbroken in the house that Kobe Bryant built.”
Bryant, his 13-year-old daughter Gianna Maria Onore Bryant, and seven others were killed in a helicopter crash on Sunday.
After saying a few words, Keys began singing a line from the Boys II Men song “It’s So Hard to Say Goodbye to Yesterday.” Moments later, she was joined by the band itself.
The lyrics to the song include, “It’s hard to say goodbye to yesterday/ And I’ll take with me the memories/ To be my sunshine after the rain.”
The song, Keys said, was performed because “we wanted to do something that could describe a tiny bit how we all feel right now.”
“We love you Kobe,” she added.
Prior to Keys’s welcome to the audience, singer Lizzo began her performance saying, “Tonight is for Kobe.”