Home Culture Kobe Bryant’s life in pictures: From high school to the NBA to... 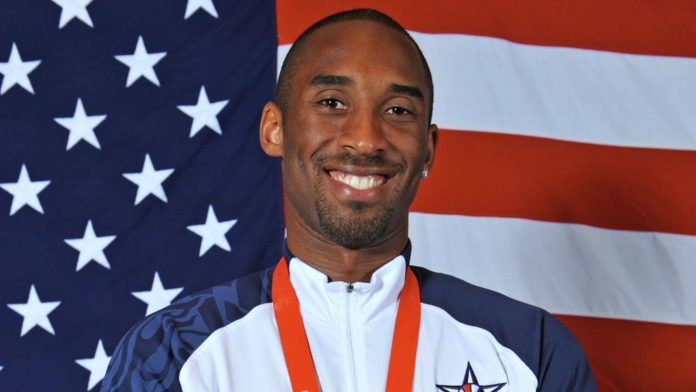 One of the greatest basketball stars of all time, Kobe Bryant was an NBA legend who lifted the trophy five times throughout his illustrious 20-year career with the Los Angeles Lakers.

He also won two Olympic gold medals with the US basketball team and even an Oscar following his retirement.

Following Kobe Bryant‘s tragic death at the age of 41, we take a look back at his achievements in pictures.

Kobe Bryant started his basketball career in 1996, one of just a handful of players ever to be drafted to the NBA from high school… … he was picked by the Charlotte Hornets, but immediately traded to the LA Lakers – the team he continued to represent for his entire 20-year career Bryant was the long-time teammate of another NBA great, Shaquille O’Neal… … the pair played together in purple and gold from 1996 to 2004, when O’Neal moved to Miami Heat Bryant goes up for a slam dunk during an NBA game at the Staples Center in 1997 Bryant was a five-time NBA champion, getting to hold the trophy for the first time in 2000 His second win came just a year later, with the Lakers beating Philadelphia in the finals to hold the trophy in 2001… … and the hat-trick came in 2002 In 2006, Bryant scored an incredible 81 points against the Toronto Raptors, a career high second only to Wilt Chamberlain’s 100 points in 1962 The basketball star won two Olympic golds during his career – the first in Beijing in 2008, when the US defeated Spain in the final… … the second came here in the UK four years later, with the US beating China at London 2012 Bryant made it four NBA wins in 2009… … and number five was won in 2010 Bryant tore his Achilles tendon during a game in April 2013 – and still stayed on to shoot before leaving the court The star waves to the crowd after announcing his retirement on the video board during a game against the Washington Wizards in December 2015 In January 2016, he became the youngest player to reach 33,000 points, surpassing Kareem Abdul-Jabbar After retiring later that year, Bryant wrote a poem, Dear Basketball, which was adapted into a short film. Here he is with wife Vanessa at the Oscars in 2018… … the film won the award for best animated short that year, earning Bryant a different kind of trophy for his cabinet Bryant’s daughter Gianna, pictured with her dad in July 2019, was a rising basketball star Kobe and Vanessa had four daughters – Natalia and Gianna, pictured here, as well as younger daughters Bianka and Capri RIP Kobe Bryant: 1978-2020