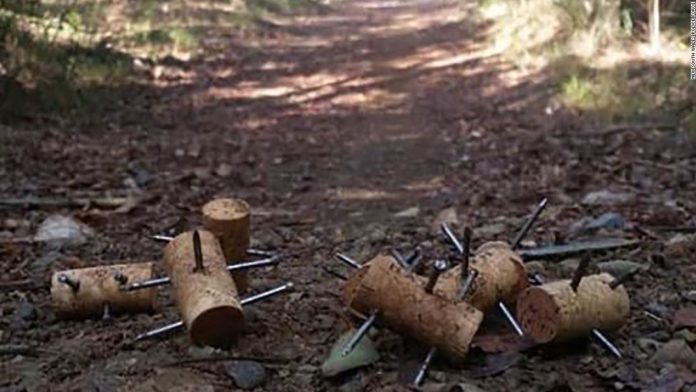 The man was on Alexanders Trail in Lake Macquarie, a city in New South Wales, when he noticed a pile of leaves in the middle of the track.
He found wine corks with nails protruding from them, police said in a statement posted to Facebook. They resembled caltrops, illegal weapons that have at least two sharp points sticking out of a base.
He continued along the trail and found another pile of leaves with more spikes hidden. Further along, he found another.
Police are investigating.