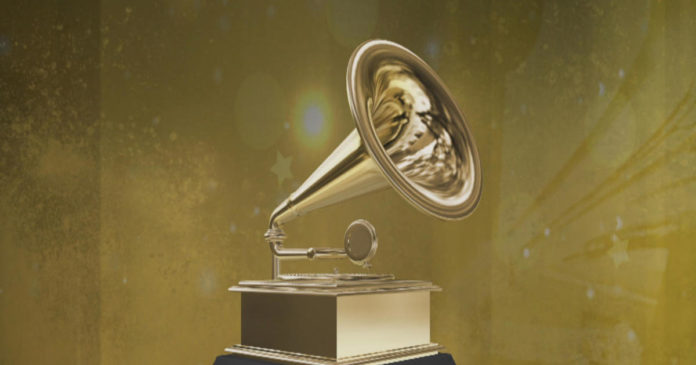 Tonight is the 62nd Grammy Awards ceremony, presented by the Recording Academy at the Staples Center in Los Angeles, and broadcast live on CBS beginning at 8 p.m. ET/5 p.m. PT.

The very first Grammy gathering was held in May 1959. At that ceremony, the first-ever Song of the Year winner was “Nel Blu Dipinto Di Blu” by Domenico Modugno – better known as “Volare”:

The first Album of the Year winner was “The Music From ‘Peter Gunn'” by Henry Mancini:

The Best Comedy Performance that first year was “The Chipmunk Song” by David Seville and the Chipmunks:

Listen; Quincy Jones’ recording of “Birdland” (winner of Best Jazz Fusion Performance and Best Arrangement on an Instrumental in 1990):

It’s a safe guess that, given the current turmoil at the Recording Academy, there are likely to be changes to respond to, among other things, the debate over the Grammys’ selection process.

But everyone agrees on this: The official weight of a Grammy statuette is six pounds.