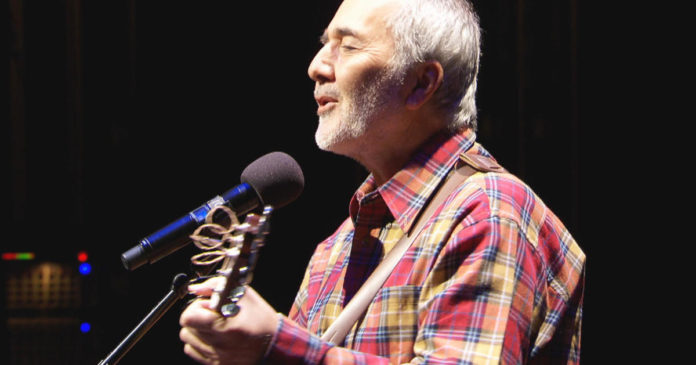 He may not look like a rock star, but for a certain shorter fanbase, Raffi is just that. “I’m the lucky guy whose songs apparently delight children,” he said.

He’s been playing children’s music for more than 40 years, has been nominated for three Grammy Awards; sold more than 15 million records, and has the generations of fans to prove it.

“I mean, this has just been amazing,” said one woman. “We raised our kids on Raffi. And now we’re raising our grandkids on Raffi. So we just love it.”

Raffi told correspondent Serena Altschul, “The children are having all kinds of fun, but so are the adults now, ’cause they’re remembering their own childhoods.”

Raffi’s childhood began in Egypt, where he was born Raffi Cavoukian in 1948. In the hope of a better life, his father decided to move his minority Armenian-Christian family out of the country when Raffi was just 10 years old

“He felt that that bright future wasn’t possible staying behind in Egypt,” Raffi said. “He loved his kids, and he came to Canada for us to live in a free country.”

He took to his adopted country immediately: “Oh my God, I took to ice hockey. I didn’t play it, ’cause I was a pudgy little Armenian kid! But I loved the National Hockey League games on television.”

But it was the music he discovered on the radio that truly changed his life: “It was not only Motown, but it was Pete Seeger and Peter, Paul, and Mary, and Gordon Lightfoot, Joni Mitchell. Oh, my God!”

A teenager in the ’60s, he was caught up in the burgeoning Toronto folk scene, soon picking up a guitar himself. “I wanted to become somebody like a James Taylor,” he said.

But he struggled to make ends meet playing music. Then by chance, he was invited to play for children at a local nursery school.

“Yeah, I was on the floor and I was singing songs that my then-wife had taught me. So apparently, I did well with the kids and I was asked to return and sing again for them.

His first album, “Singable Songs for the Very Young,” was released in 1976. It was a smash hit.

It led to 20 more albums of toddler classics, from “The More We Get Together” to “Bananaphone”:

… and especially his most famous song, “Baby Beluga”:

“The song was inspired by a whale in captivity in an aquarium,” he said. “And yet, the song set the whale free. And there’s something about, ‘Is the water warm? Is your momma home with you?’ Now, I don’t know what a little child hears when they hear that, but there must be something, you precognitive connecting with them.”

And he’s still connecting with kids today, by releasing new music and touring around North America.

You can stream Raffi’s album “Dog on the Floor” by clicking on the embed below (Free Spotify registration required to hear the tracks in full):

Raffi spends his downtime at his home in the beauty and seclusion of Salt Spring Island, British Columbia. He first came in 2008. And you can find him every Saturday at the farmer’s market, manning a table for his non-profit, the Raffi Foundation for Child Honouring, which advocates for putting children’s needs first when tackling environmental and social problems.

But as much as children love Raffi, and vice versa, he decided not to have children of his own. “People are always surprised by this,” said Altschul.

“Well, back then, when my wife and I talked about it, long time ago, we were always around kids (she was a kindergarten teacher and I was entertaining children), we just felt that we didn’t need children of our own. And we decided to honor that feeling. It was just that simple.”

“And you have children – they’re just not biologically your children.”

And he can count Altschul’s own daughter Vivian as one of them!