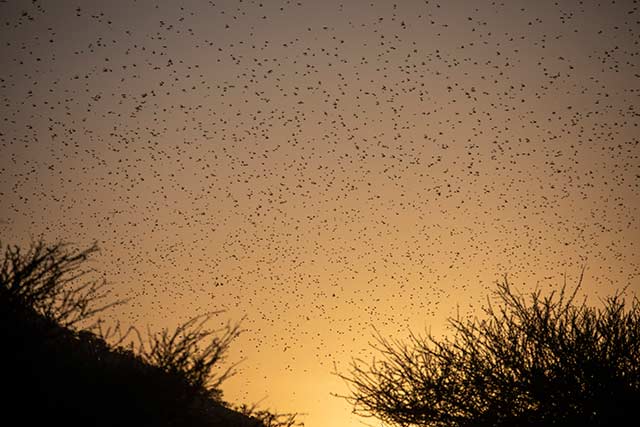 The United Nations’ (UN) Central Emergency Response Fund (CERF) has released USD 10 million to the Food and Agriculture Organization of the United Nations (FAO) to support a rapid scale-up of control operations aimed at containing the spread of Desert Locust swarms in East Africa.

Currently, the countries most impacted by the locust upsurge are Ethiopia, Kenya and Somalia, where swarms of the crop-destroying pest are unprecedented in their size and are devouring crops and forage. This poses a serious threat to the food security and livelihoods of millions of vulnerable people over the coming months.

Due to forecast rainy conditions that are favourable to breeding, their numbers could swell exponentially and spill over into more countries that are already facing high levels of food insecurity – including South Sudan and Uganda – if control efforts are not expanded fast enough.

“Thanks to this timely funding from CERF, FAO is moving swiftly to increase our support to governments as they seek to scale up ground and aerial control operations. Right now is a critical moment in preventing a future food crisis, as rains in March and April could cause the locust infestations to grow even more in scale and reach,” the Organization said. But more funding will be needed to mount the truly large-scale campaign that is needed, the Organization noted.

FAO has made an initial appeal for USD 70 million to assist with immediate needs in all three countries, including ramping up control operations as well as implementing measures to safeguard rural livelihoods. The current Desert Locust upsurge in East Africa is the worst in 25 years for Ethiopia and Somalia – and the worst Kenya has seen for 70 years. The impacts in these countries are particularly acute as pasture and crops are being wiped out in communities that were already facing food shortages due to flooding and drought in recent seasons.

Established by the UN General Assembly in 2005, CERF provides swift funding in response to sudden-onset or rapidly deteriorating crises and is designed to grow into a USD 1 billion-a-year emergency relief mechanism.

The Desert Locust is among the most dangerous migratory pests in the world. A single locust can travel 150km and eat its own weight – about two grams – in food each day. Just one small swarm has the potential to consume in one day an amount of food that could feed 35 000 people. They are very quick to reproduce, and if left unchecked in East Africa their current numbers could grow exponentially in the coming months.