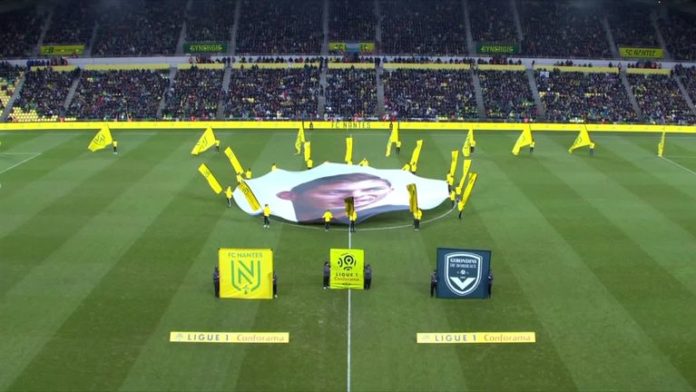 Nantes marked the 12-month anniversary of former player Emiliano Sala’s death with a tribute to the striker before their Ligue 1 game with Bordeaux.

Sala had just signed for Cardiff from Nantes before he died in a plane crash in January 2018.

The French side wore a one-off blue and white ‘Argentina’ kit in commemoration of Sala, along with displaying tifos around the ground.

All profits from sales of the kit will go to Sala’s first two clubs, San Martin de Progreso and Proyecto Crecer.

Before the game, Nantes tweeted: “A tifo in memory of our own. Forever in the hearts of the people of Nantes.

“Thank you to the yellow and green people for this sublime tribute.”

Nantes lost the game 1-0 after Bordeaux scored a late winner through Jimmy Briand.