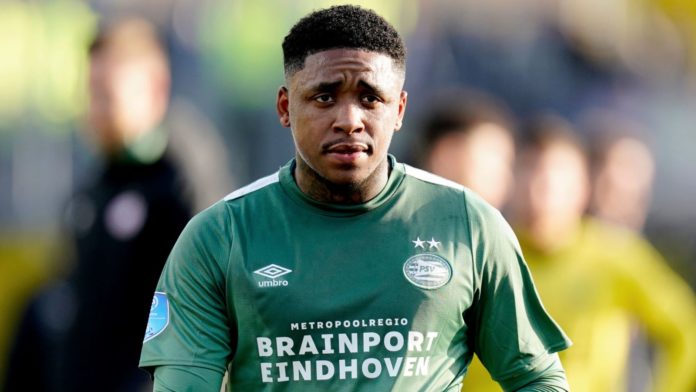 Winger left out of the PSV squad to face FC Twente on Sunday; Tottenham make approach for 22-year-old

Steven Bergwijn has denied reports in the Netherlands that he refused to play for PSV Eindhoven on Sunday amid talks over a move to Tottenham.

The Eredivisie club confirmed to Sky Sports News that Spurs have made an approach for the 22-year-old Dutch international, and he was left out of their matchday squad against FC Twente.

A “disappointed” Bergwijn insisted he never refused to play in the 1-1 draw at home, insisting the club was in his heart, but did confirm discussions are ongoing over a potential move away from the Philips Stadion.

Posing on his Instagram, he said: “There is a whole lot written about me, which I have also read myself. I am really disappointed that it has come to this, there is no truth to it.

“I have indeed called the trainer, Ernest (Faber), this morning, and said that talks are going on, and he gave me permission. We had a good chat, and he wished me luck, everything went respectfully and according to plan.”

Spurs have moved for long-term target Bergwijn as they look to add a new attacking threat, predominantly from the left-hand side, after Sky Sports News reported in December that this was a position they were looking to strengthen this month.

Having brought in central-midfield cover in the shape of Gedson Fernandes, Spurs are also hoping to add a new loan striker to deputise for the injured Harry Kane and perhaps another defender before the transfer deadline.

The Transfer Talk podcast is also back with more expert analysis from here and across the continent.