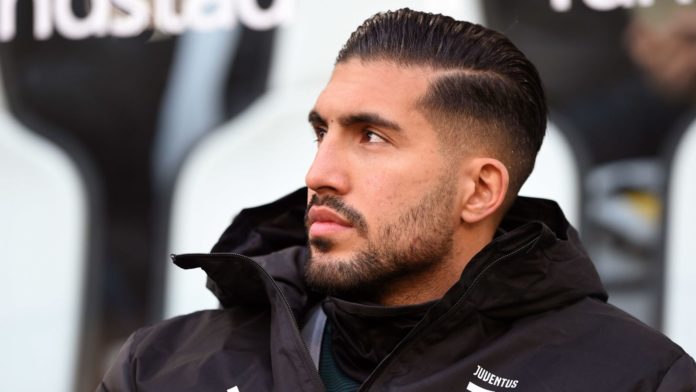 By Sky in Germany

Emre Can is close to completing a move from Juventus to Borussia Dortmund, according to Sky in Germany.

Negotiations between the clubs recommenced on Monday after they were halted momentarily on Sunday due to Juventus’ game against Napoli.

The 26-year-old arrived in Italy on a free transfer from Liverpool in 2018 and has four goals in 45 appearances for the reigning Italian champions.

Can, who is under contract at the Allianz Stadium until June 2022, has featured in eight of Juventus’ 21 league matches this season.

The Germany international missed Juventus’ 2-1 Serie A defeat on Sunday against Napoli due to illness.

Lorenzo Insigne and Piotr Zielinski scored for the home side while Cristiano Ronaldo scored a 90th-minute consolation goal for the Serie A leaders.

Meanwhile, Paul Pogba is likely to leave Manchester United next summer with Juventus interested in securing a return to Serie A for the France international, according to Sky in Germany.

Juventus forward Paulo Dybala has admitted he was close to leaving the club last summer amid interest from Manchester United and Tottenham.