Home Sport If The Cap Fits may miss Festival 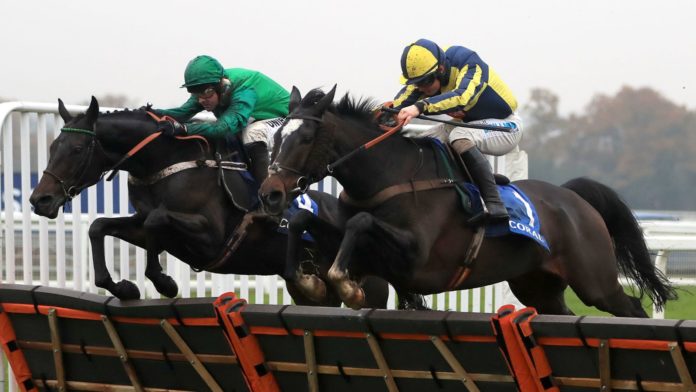 If The Cap Fits is far from certain to take up his entry in the Paddy Power Stayers’ Hurdle after being “put in his place” by Paisley Park at Cheltenham.

Having made a successful start to his campaign at Ascot in November, the Harry Fry-trained If The Cap Fits was widely considered the biggest threat to Emma Lavelle’s star stayer in the Cleeve Hurdle – yet he could finish only fifth on Saturday.

Paisley Park is odds-on with most bookmakers to win the Stayers’ Hurdle for the second year in succession at the Cheltenham Festival in March – and Fry will consider sidestepping a rematch in favour of waiting for Ryanair Stayers Hurdle at Aintree, which If The Cap Fits won last season.

“He’s come out of the race with no issues – but we were very disappointed with the run, obviously,” said the Seaborough-based trainer.

“He was firmly put in his place by Paisley Park, who looks unbeatable at the moment. Do we want take him on again at Cheltenham, or should we avoid him and wait for the race we won at Aintree last year – where Paisley Park is not scheduled to run?

“There’s been no decision yet. We’ll take a breath and let the dust settle.”

Another horse for whom Fry held high hopes on Festival Trials day was King Roland.

A dual victor in the bumper sphere and a runaway winner over hurdles at Exeter on New Year’s Day, the six-year-old was a hot favourite stepping up to Grade Two level for the Ballymore Novices’ Hurdle – but he had to make do with the runner-up spot behind Harry Senior.

While King Roland was far from disgraced, Fry admits the defeat has thrown his Festival participation into doubt too.

He added: “Turning in, you thought he was going to go and win by five or even 10 lengths – but for whatever reason he hasn’t quite gone through with it.

“Our aspirations are not the same as they were going into Saturday, that’s for sure. No disrespect to the horses he was up against, but they weren’t the very best of the British novices – and both the winner and the second were getting weight from the third and fourth.

“The Irish look to have a very strong hand in the novice-hurdling division this year – and if we couldn’t beat the horses on Saturday, he’s not going to beat a horse like Envoi Allen at the Festival.

“He still ran a good race, and plenty of good horses have been beaten in that race and gone on to bigger and better things – namely Rock On Ruby, who was beaten by Bobs Worth before going on to win a Champion Hurdle.

“We’ll just take stock of the situation and then make a plan. We don’t want to go to Cheltenham to make up the numbers, and maybe that’s what Saturday told us we’d be doing.”