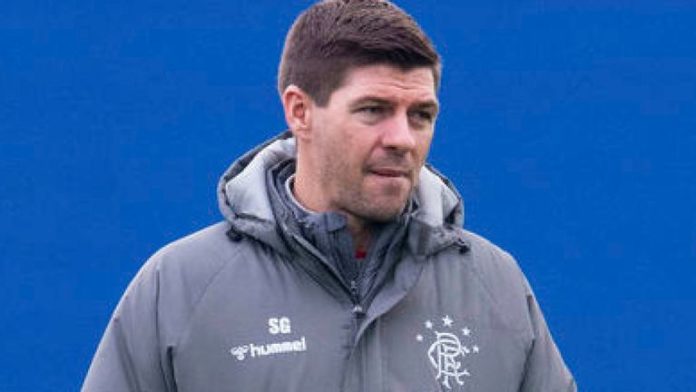 Andy Walker admits he is surprised Rangers do not appear to be planning to bring in any new players during the current transfer window.

Steven Gerrard’s side have chased Celtic all the way this season but a surprise 2-1 defeat away to Hearts leaves them five points behind their rivals, albeit with a game in hand.

On-loan striker Jermain Defoe has agreed to remain at Ibrox, after signing a pre-contract agreement to join on a permanent deal in the summer.

No one has so far arrived during January, however, something Sky Sports Football expert Walker feels may cost them in the title race.

Walker said: “They need some new additions and I’m surprised they’re not talking about adding to the squad in January. They’re either unwilling or unable to do business.

“Normally in a transfer window, especially after Rangers had won so well at Celtic Park before the New Year, you would expect them to kick on with a couple of new additions to the squad.

“I’m just surprised they are not talking about any sort of investment in the team, that’s what they need.”

Gerrard described his side as ‘unrecognisable’ from the one that has performed so well this season and Walker feels they need to quickly get back on track if they are to continue pushing Celtic for the Scottish Premiership crown.

“Maybe it is right to question their bottle because when Rangers get in front, time and time again they have thrown it away,” added Walker.

“The title is still there to be won and I think Rangers need to get back on track.

“In midweek they face Ross County and then they’ve got a difficult game at the weekend at home to Aberdeen, and I think they need their bigger players back.”