Home Sport Lapthorne: On top of the world 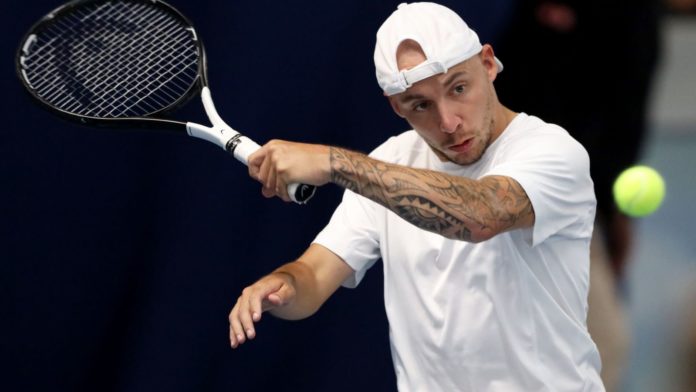 Grit, determination and a passion for the sport, he has made such an impact in over the 15 years of his full-time playing career to date.

These are just some of the qualities that have helped Britain’s Andy Lapthorne realise a “lifelong dream” and claim the world No 1 ranking for the first time, just as his 2020 Australian Open men’s wheelchair campaign begins.

“To be playing a Grand Slam as the world No 1 player is something really special and something that I’m looking forward to embracing,” the current US Open champion told Sky Sports.

Celebrations will have to wait until he returns home to the UK though, as with only days until the wheelchair tennis draw kicks off at the first Slam of the year, he knows what he has to do to ensure he remains on the top of the quad division rankings for as long as possible.

World no 1 singles for the first time! #nevergiveup ⚒ pic.twitter.com/omdHX5DmIR

“I proved at the US Open once I put myself in a position I’m capable of doing good things in the big moments so for me it’s about staying focused early on this week, getting through those first couple of matches and hopefully setting up a date on Saturday with Dylan (Alcott) on Rod Laver and embracing that opportunity if it comes,” he said

Getting to this point has not been a straight forward journey for Lapthorne, who has come close to topping the rankings before.

Just over two years ago at the end of year singles Masters in Loughborough, he came within touching distance of the world No 1 ranking.

Defeat in the final to America’s David Wagner, the player who he’ll face at this year’s Australian Open in his opening round-robin match, saw the pause button pressed on his hopes to become the top player in the world in his division temporarily.

“That hurt a couple of years ago, like really badly hurt,” Lapthorne explained. “But to keep going the way I have after that and finally have being world No.1 ticked off the list, it’s something that I’m really, really proud of.”

Since then he’s started working with a new team, which includes his friend and former player Kevin Simpson whose calls of ‘Pommes Frites’ to encourage him can be heard around the court whenever Lapthorne plays.

The British No 1 is also focusing firmly on a new approach to tour events as 2020 begins and the Tokyo Paralympics edge closer.

“I’m really trying to make sure I’m peaking for the big events now, these are the ones where I need to come and perform because if I don’t then I’m going to be in trouble.

“My form in the tour events isn’t as good as it used to be and I’m finding it really, really difficult to stay motivated for some of the tour, so I just need to be up for it when the big ones happen.