Home Culture “You got this”: Kobe Bryant was dad and coach to Gianna 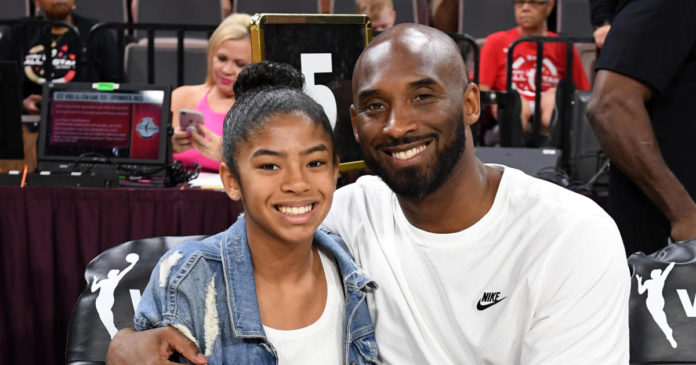 Not long before NBA legend Kobe Bryant and his 13-year-old daughter Gianna died in a tragic helicopter crash Sunday in Calabasas, California, Bryant reflected on their relationship and their mutual love for the game of basketball in several interviews. Gianna, known as Gigi, inherited her father’s passion for the game. They were on their way to a tournament for the youth league where Bryant coached Gigi’s team when the helicopter went down.

Bryant, known as a fierce competitor during his storied 20-year NBA career, told late night host Jimmy Kimmel in 2018 that Gigi, his second-oldest of four daughters, wanted to play in the WNBA.

“This kid, man… I’m telling you,” he said. “The best thing that happens is when we go out, and fans will come up to me, and she’ll be standing next to me, and they will be like, ‘You gotta have a boy, you and V [wife Vanessa] gotta have a boy, man, to have somebody carry on the tradition, the legacy.’ And [Gigi] is like, ‘I got this!'” Bryant said. “That’s right. Yes, you do. You got this.”

Gigi had dreams of playing for the University of Connecticut’s women’s basketball team and beyond.

More recently, in an interview on the “All the Smoke” podcast, he talked about watching NBA games with Gigi at home. “Before Gigi got into basketball, I hardly watched it, but now that she’s into basketball, it’s on every night. She watches everything.”

Bryant told the hosts, former NBA players Stephen Jackson and Matt Barnes, about his and Gigi’s first experience together at a Los Angeles Lakers game, “We just had so much fun because it was the first time I was seeing the game through her eyes. It was her, she was having such a good time.”

Bryant also spoke to CBS News’ Dana Jacobson in October about his life after retiring from professional basketball. He was coaching Gigi’s AAU basketball team out of his Mamba Sports Academy training facility in Thousand Oaks, California, for the past two years.

“It’s a lot of fun. I mean, she’s really driven, very competitive… and we have a group of kids that love the game,” he said. “They have an appetite to learn more. And so, I enjoy being around them.”

When asked what were the challenges of coaching his daughter, he said, “Making sure she knows that I love her whether she plays well or plays like crap,”

“You know, you’re my daughter before you’re a basketball player,” Bryant said. “And it’s important that she knows that that’s how I feel. And those aren’t words. You have to behave that way. You have to show her that. … After a tough game, you get in the car and it’s forgotten.”

Bryant, who was 41, is survived by his wife Vanessa and three daughters, Natalia, 17, Bianka, 3, and Capri, who was born last June.