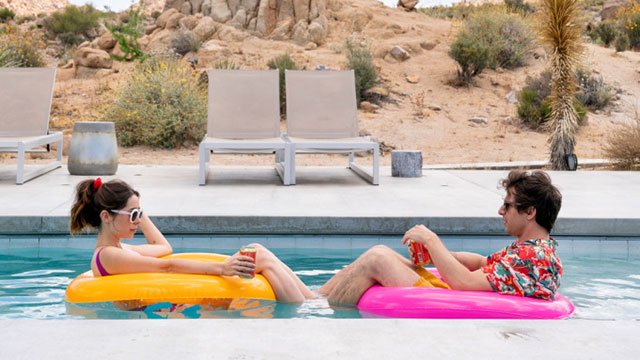 The 2020 Sundance Film Festival is underway and sales are already being made for some of the buzziest titles premiering at the event. Deadline is reporting that Amazon has acquired Oscar winner Alan Ball’s (American Beauty) drama Uncle Frank in a $12 million deal, while NEON and Hulu are reportedly in advance talks to close a collaborative world rights deal for Max Barbakow’s (The Duke) Palm Springs. According to Deadline, that deal could be worth about $15 million.

Bettany plays the title character, a revered NYU professor who takes his 18-year-old niece (Lillis) — a student at the school — on a road trip home to Creekville, SC to bury his father. Frank dreads the journey because he and his father had been estranged the moment the father discovered his son was gay. They’re unexpectedly joined on the road trip by Frank’s lover, Walid (Macdissi). The drama is about family, forgiveness, and the challenge of accepting who you are, especially in the South in 1973.

When carefree Nyles (Samberg) and reluctant maid of honor Sarah (Milioti) have a chance encounter at a Palm Springs wedding, things get complicated the next morning when they find themselves unable to escape the venue, themselves, or each other.