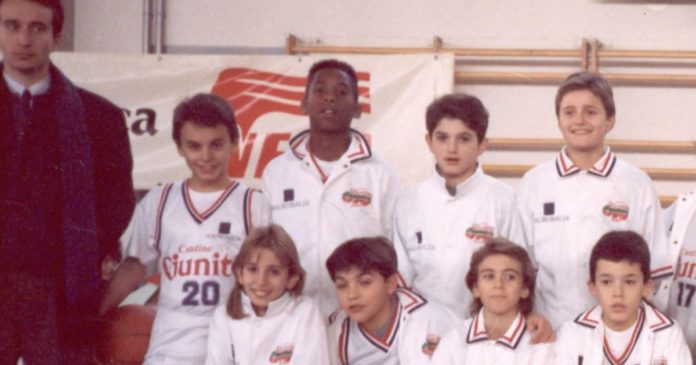 NBA legend Kobe Bryant will be mourned for an entire week in Italy, the country where he spent a significant part of his childhood. The Italian Basketball Federation made the announcement Monday in the wake of the helicopter crash that killed nine people, including Bryant and his 13-year-old daughter Gianna.

Giovanni Petrucci, president of the Italian federation, said a minute of silence will be dedicated to Bryant for all games for the entire week. “A small but heartfelt and dutiful gesture to honor the life and memory of Kobe Bryant, absolute champion who has always had Italy in his heart,” Petrucci said in a statement, translated from the Italian.

Bryant lived in Italy from about age 6 to 13 while his father Joe “Jellybean” Bryant was playing professional basketball in the country. Andrea Menozzi coached the younger Bryant at San Vincenzo school in Reggio Emilia and was shocked to learn of his death.

“Clearly the news shocked everyone because it came unexpected, but also because he was a man who gives you the sensation (which is wrong) that he is invulnerable,” he told Italy’s RAI TV.  “You never expect it from someone his age, even less so from a man like him.”

Menozzi recalled how “talented” Bryant was as a young basketball player who knew he belonged in the NBA even at a young age, according to Menozzi.

“Yes, a bit like all the kids that age, but his teammates made fun of him because way back then he already said that he would have played in the NBA, and this happened not much later,” he said. After the family moved back to the U.S., Bryant attended high school in Ardmore, Pennsylvania, and was drafted straight from there into the NBA.

Bryant credited Reggio Emilia for cultivating his passion for basketball. “My story began in this town,” he said in 2016 interview.

The mayor of the town, Luca Vecchi, posted a heartfelt tribute to Bryant on Facebook along with a photo of him and his father. “Kobe Bryant grew up here and he was, for all of us, a ‘Reggiano,'” he wrote. “Today, he left us. A basketball legend that all of our town will forever fondly and gratefully remember.”

In his adult years, Bryant, who spoke Italian fluently, talked fondly about growing up in the country and his love for the Italian soccer club AC Millan.