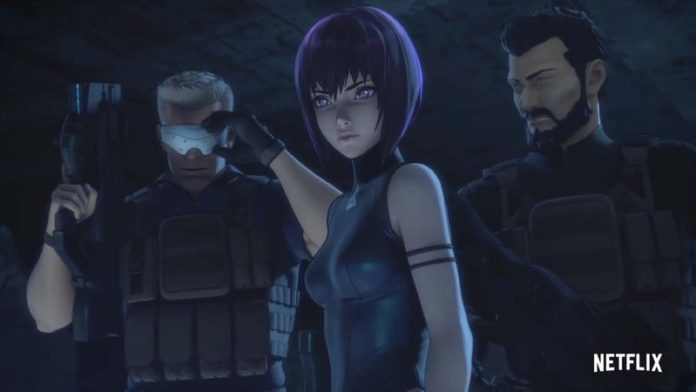 Netflix has released the official trailer for their upcoming anime series Ghost in the Shell: SAC_2045, which is based on the long-running manga franchise and anime series that ran on-air for two seasons from 2002-2005. Featuring the return of the original voice cast including Atsuko Tanaka as Motoko Kusanagi, Akio Otsuka as Batou, and Koichi Yamadera as Togusa, the new installment will be available for streaming sometime this April. Check out the video in the player below!

RELATED: Nightmare of the Wolf: The Witcher Anime Film in the Works at Netflix

The newest installment to Ghost in the Shell: Stand Alone Complex series takes place in the year 2045 where the world has entered a systematic “Sustainable War.” Hired as a mercenary unit, the former members of Japan’s elite Section 9 are faced with the sudden appearance of “Post-Human,” a being with tremendous intelligence and physical capabilities.

The project was originally announced as being in development in 2017 around the time of the American live-action adaptation starring Scarlett Johansson (Avengers: Endgame), which was a critical and commercial disappointment.

The franchise spawns from the manga of the same name written and illustrated by Masamune Shirow that ran from 1989 to 1997, all of which received rave reviews upon release and spawned a large media franchise made up of five animated films, four animated series, including Stand Alone Complex, four video games and four original video animation series, the majority of which have received very positive reviews for adapting the world of the manga, diving into the complexity of the stories and its characters and the animation, all of which has been considered groundbreaking for their times.

Netflix has expanded its anime library with orders of new genre series, including Pacific Rim, Altered Carbon, Ultraman and many others, as well as a live-action series adaptation of the popular anime, Cowboy Bebop, their second live-action adaptation following 2017’s supernatural thriller Death Note which, while receiving mixed reviews from critics and audiences alike, received praise from the manga’s creators and has a sequel in development.