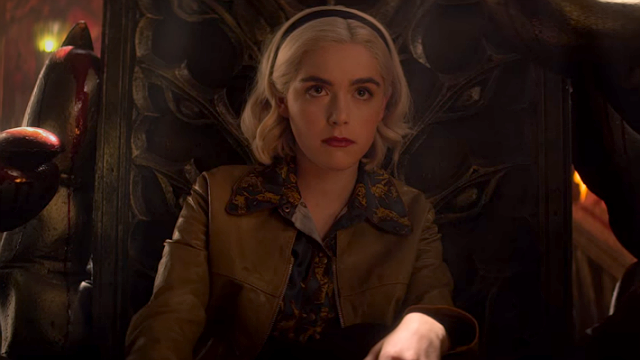 Sabrina wanted to play hooky to spend the day with Nick, who was struggling with PTSD-like symptoms and a clubbed foot as the results of his time with Lucifer. Unfortunately, Lilith called her back to court to discuss the terms of the reformation of hell. During this, Caliban arrived with 666 signatures of the high-borns of hell and challenged Sabrina to find the Unholy Regalia, starting with Herod’s crown.

While at the Academy, Sabrina enlisted the help of Ambrose, the new librarian. He realized the crown was in Riverdale. Ambrose and Sabrina pulled the crown from a tree, not knowing that Herod guarded it. Sabrina wanted to take it straight to court, but Ambrose convinced her to let him study it since the power it held could help them restore the Academy. 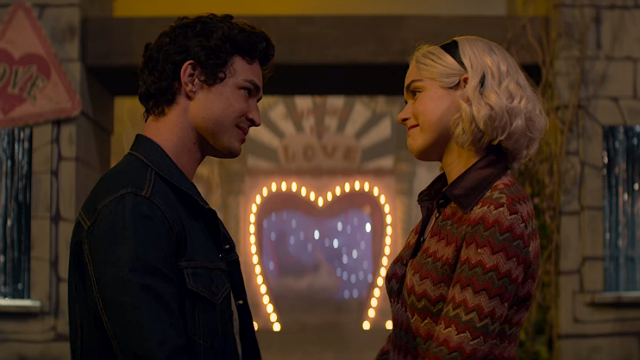 Harvey and Roz, Sabrina and Nick, and Theo and the new kid, Robin, went to the opening of the new carnival in Greendale. Roz unknowingly could see the true nature of those that ran the carnival. Harvey struggled with Roz’s new popularity. Theo and Robin kissed on the Ferris wheel after he explained his transition. Ms. Wardwell had her palm read, and she began to question what had happened to Adam.

Herod attacked Sabrina and Nick in the tunnel of love. Caliban stole the crown as they fought off Herod. Ambrose came to their rescue and destroyed Herod. At court, Sabrina resolved to beat Caliban to the other two items of Unholy Regalia. Nick believed that Caliban would be a suitor for Sabrina and went to Dorian Gray’s to ease his pain.

At the end of the episode, we saw the people of the carnival, including Robin, meet to discuss Sabrina and her friends. They planted a flower and performed a ritual including a blood sacrifice. 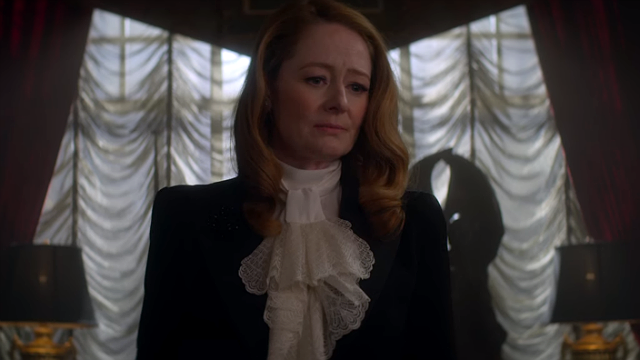 Illness began to permeate what was left of the Church of Night. Even Zelda was coming down with a cold. She worried about what that would mean for their powers. Zelda asked Hilda to entertain those that were sick while she appointed Prudence to be a prefect of the Academy. Zelda discovered that the entire school was obsessed with a witch romance novel that Hilda had written under the name Helga Stillwell. Dr. Cee had helped her publish it. It included a reference to a villainous sister.