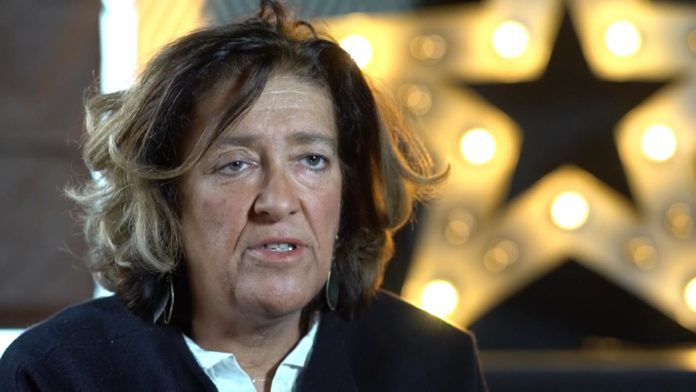 BAFTA is in danger of losing credibility with talent if it doesn’t change and reflect the diversity of the industry, the CEO of Time’s Up UK has told Sky News.

Dame Heather Rabbatts said the awards need to urgently “address the structures that are meaning only certain films are making their way through the system”.

The BAFTAs faced a backlash when it announced its nominations earlier this month, with an all-white line-up of acting nominees and no women directors.

Dame Heather said she was disappointed and frustrated by the nominees particularly when “we have more films from a richer array of film-makers” this year.

She told Sky News that BAFTA must now review “the structures that mean certain films get supported and others get overlooked – they need to look at how members vote, the members themselves, making it much more transparent”.

She pointed out that “probably most of the members do not watch anywhere near the full number of films, so unsurprisingly the films which have had the biggest amount of marketing push will get voted on”.

As a result, Dame Heather believes a system must be created where members can only vote for a film if they have seen it.

Time’s Up UK has launched a social media campaign in conjunction with a host of British stars to celebrate the women and people of colour who they believe should have been nominated.

As part of the campaign, Carey Mulligan nominated Lorene Scafaria for writing and directing Hustlers, while director Amma Asante said her pick for best actress would be Jodie Turner-Smith for her role in Queen & Slim.

Gemma Arterton voted for the Olivia Wilde film Booksmart, saying: “I can’t believe it didn’t get any nods, especially for the acting and first time director… same goes for The Nightingale and Portrait Of A Lady On Fire.”

Further wishlists will be posted on the Time’s Up UK Instagram feed throughout the week in the run-up to the BAFTAs on Sunday 4 February.